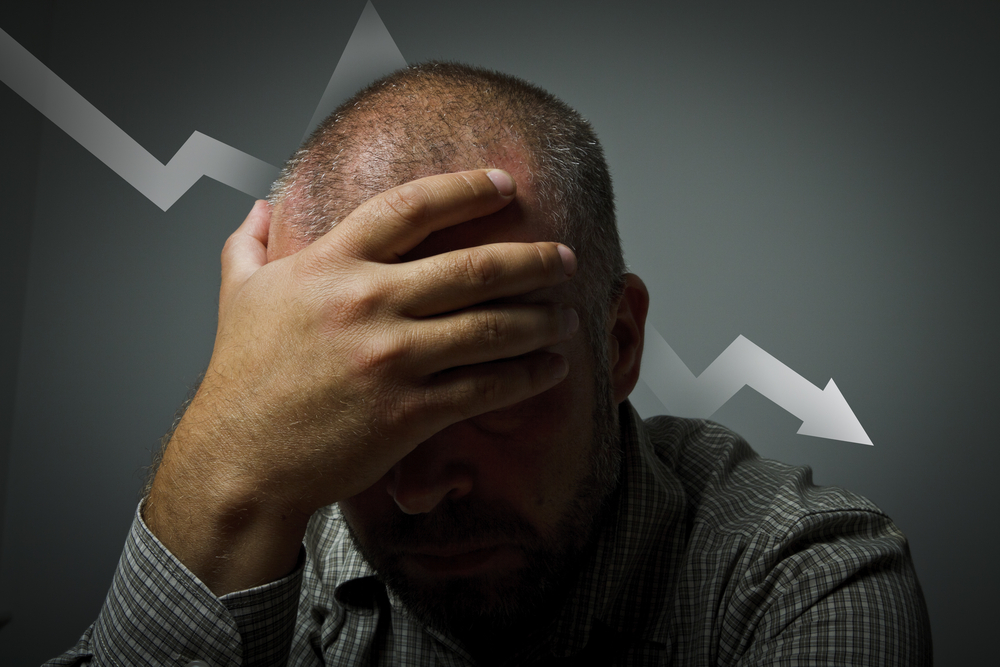 Tough economic times aren’t just hard on the wallet, they’re hard on race relations, too, a new study suggests. Researchers at New York University found that when the economy tanks, whites see African Americans as “blacker." Most of us assume we're accurate judges of race. But in recent years, researchers have demonstrated that a number of factors, ranging from political persuasion to social aspirations, can influence race perception. The NYU researchers, Amy Krosch and David Amodio wanted to find out whether economic scarcity could also affect how we judge someone's race. So they conducted a series of experiments to test the perceptions of non African-American female and male subjects.

In the first experiment, 285 white subjects completed a questionnaire about how they view economic competition between black and white Americans (for example, "When Blacks make economic gains, Whites lose out economically"). Then, the researchers showed the participants a series of 110 faces that ranged from 100 percent white to 100 percent black. The subjects had to identify whether each face was black or white. Subjects who strongly believed that whites suffer economic loss when blacks make economic gains identified more of the mixed-race faces as black than subjects who did not hold such views. In the next experiment, the researchers repeated the face-morphing test, but this time they flashed various scarcity-related words on the screen before each face appeared. These "subliminal primes" also included neutral words (such as "fluffy" and "appetite"), or negative words that were unrelated to scarcity (such as "brutal" and "odious"). Subjects saw only one category of words prior to viewing the faces. The scarcity-primed participants were more likely to identify mixed-race faces as black than those who were shown the neutral or negative primes. In other words, the faces became blacker when linked to scarcity.

The true test, though, came when the researchers had the subjects role-play economic scarcity. The subjects were told to give $10 to a partner. In one scenario, they were told the $10 was out of a larger fund of $100 – evoking a feeling of scarcity – and in the control, they were told the $10 was not part of a larger fund. Then, while waiting for the partner to appear, the subjects were asked to look at a series of face pairs that had subtle variations in features and skin tone, and identify which face in each pair was black. Using those responses, the researchers created two composite face images, one representing a black person as seen under scarcity conditions and the other representing a black person in the control (non-scarcity) condition. When the composite images were shown to a new group of white subjects who didn’t know about the previous test, they judged the face produced under scarcity as darker and more stereotypically black than the other composite. 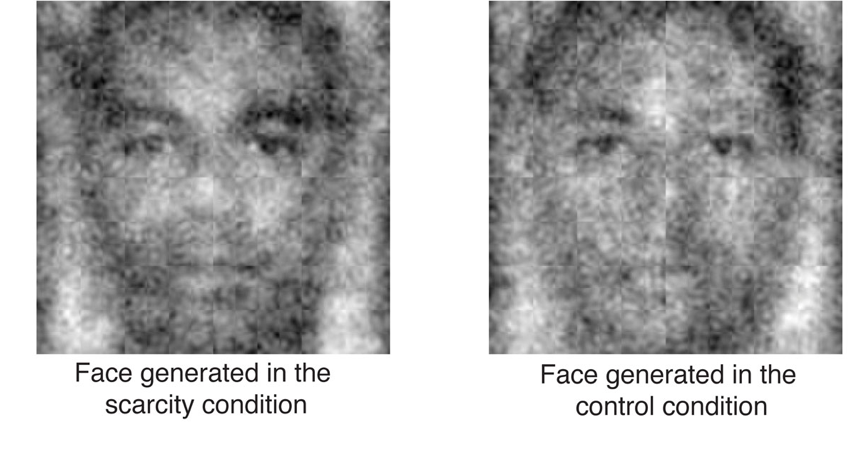 In a final experiment, people placed in a scarcity scenario gave less money to faces perceived to be blacker. Taken as a whole, the experiments suggests that people enduring tough economic times often discriminate without realizing it, the researchers said. "People typically assume that what they see is an accurate representation of the world, so if their initial perceptions of race are actually distorted by economic factors, people may not even realize the potential for bias,” says Krosch, a doctoral candidate in NYU's Department of Psychology. The study

was published today in the Proceedings of the National Academy of Sciences.