Attack of the Babysitters: Ant Slaves Strike Back 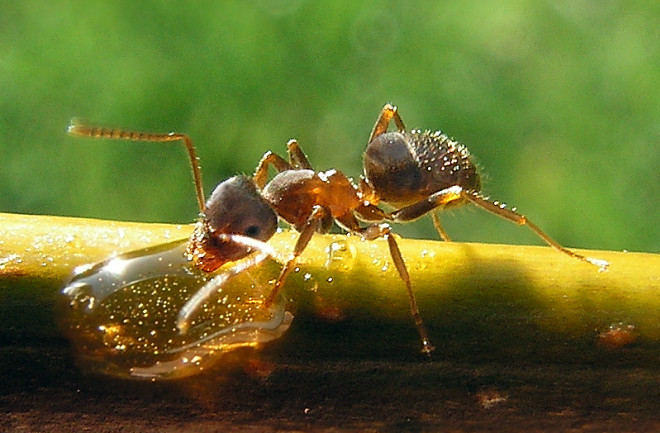 Here’s the latest lesson from the ant world: kidnapped babysitters may not be the most reliable. Evolutionary myrmecologist Susanne Foitzik studies a species of ants that, instead of using its own workers to raise its young, kidnaps larvae from another species and puts them to work as babysitters. But, she’s found, the free labor has a price.

Foitzik studied ants in New York, West Virginia, and Ohio, and though there were some geographic variations, the overall story was woefully consistent. One ant colony, of what’s called the “slavemaking” variety (Protomognathus americanus), attacks the nest of a rival species (Temnothorax longispinosus), kills all the adults, and kidnaps the young.

The abducted youngsters are then forced to care for the larvae of their oppressors. But when those slavemaking young start to pupate, or metamorphose into adults, they release a distinctive chemical that the enslaved ants sense as foreign.

In the end, the ants play out a moral story: the kidnappers pay for their crimes.