Are We Heading For "Peak Autism"?

Inspired by this recent paper, I decided to look into the history of autism research in terms of the number of papers published per year. I knew I'd see a recent rise in publications - but it was a lot bigger than I'd expected. Here's autism alongside two comparison disorders, ADHD and Down's: 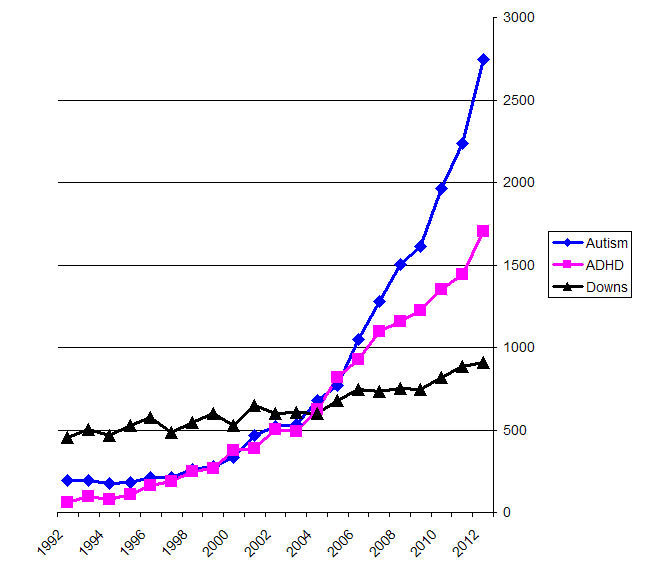 Here's a graph of relative growth, showing the number of PubMed hits per year, divided by the hits in 2000 for each disorder (with two more comparisons) 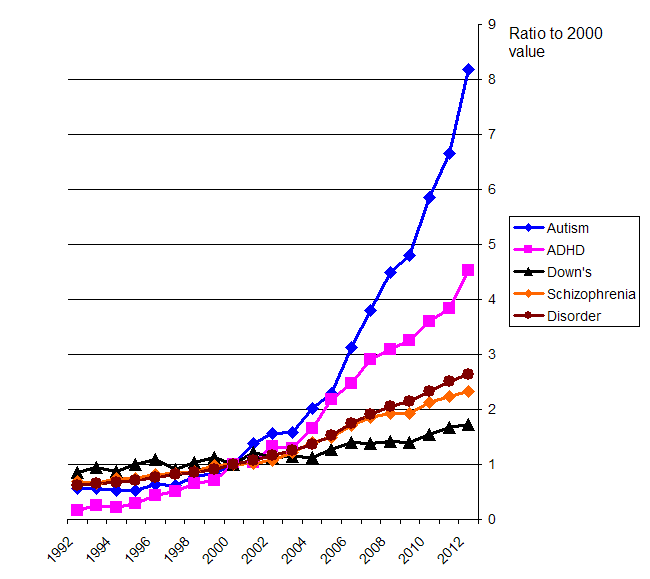 Autism has grown by a whopping factor of x8, in just 12 years. We are now just two thirds of the way through 2013 but there have been more papers about autism published this year than in the whole of 2011 (as pointed out by Michelle Dawson). Such expansion can't continue forever. Autism research must either to reach a plateau, a gradual rate of increase more in line with the growth of science as a whole (4% per year) - or it will decline. Does all of this 21st century autism boom reflect healthy growth that will be sustained? Or has it become a 'bubble', success driven by success - a 'bandwagon' onto which researchers are attracted by the fact that it is going impressively fast? This issue is perhaps not unrelated to the question of whether diagnosed rates of autism are rising because the disorder is getting more common, or because of cultural changes in diagnostic practice. Autism diagnoses are rising and so are autism publications. Will they peak? There's no sign of it... yet.