Another Tiny, Exciting Step Toward Life-Extension 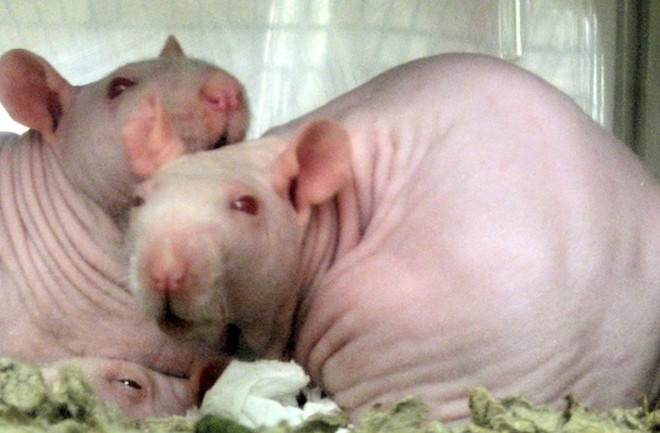 With the headlines screaming "age-reversing" possibilities regarding the Dana-Farber Cancer Institute at Harvard University's results with mice telomerase manipulation, I felt a bit of cold water was in order. I am as excited as can be about serious evidence for how important telomeres and telomerase is for anti-aging medicine, don't get me wrong. But that evidence doesn't mean there is going to be a longevity pill in our hands this year, this decade, or even this century. And more than a few folks with a grasp of science better than mine agree. Thankfully, I'm not the only one. My fellow Discover blogger Jennifer Welsh has a great post on 80 Beats about why the discovery, though exciting, is far from a genuine anti-aging solution. The Harvard team showed the following. Mice engineered to lack telomerase aged prematurely. When given telomerase treatments, the mice rejuvenated to age-appropriate health without adverse side-effects. That's it. That's the extent of the discovery. It still remains to be seen if telomerase treatments can delay normal aging, reverse normal aging, or extend life in any way in mice. From there scientists have to then figure out what side-effects there are, why those side-effects occur, and then somehow translate the results to human beings. In short, the Harvard team only confirmed the hypothesis that telomerase in mice impacts the aging process and that it may have potential uses in treating premature aging. Hypotheses beget hypotheses. And not all our hypotheses hinge on mice. Bennett Foddy writing on the University of Oxford's Practical Ethics blog doesn't want us to just look at mice. He notes that lobsters don't age the way we do. They stay youthful up until death. Foddy, though quite cautious in his excitement, is also an optimist:

For all that, this result is one of the most dramatic leaps made in recent years toward the dream of radical lifespan-extending medicine. David Brin recently argued that there is no 'low-hanging fruit' in the development of lifespan-extending medicine, since human bodies already use most of the biological 'tricks' that can extend life in simpler organisms. On this view, every hypothetical treatment that could extend the lives of humans faces major practical obstacles which will delay their development by hundreds of years. Yet the Harvard discovery shows that one of the major obstacles to telomerase-based treatments—cancer—may not be an obstacle after all.

King of the pessimists is Tom Junod, writing for Esquire, who does not believe we are going to live forever. He's seen too many failed promises, too many "breakthroughs" that lead no where, too many brilliant young scientists who cannot translate their discovery from mice to men. Junod's piece is more nuanced than can be summarized here, but his perspective is useful in understanding our reactions to major science news. How to get into his perspective? Consider just how wrong, consistently and empirically, Ray Kurzweil's predictions have been. Think about how many "breakthroughs" you've read about in the past month, the past year, the past decade – now think about how many of them have made an impact. Going through my pile of old Popular Science mags is like learning Santa Claus isn't real over and over again. But in the end the study really is a major breakthrough in that it's a start. Science has a way of making a big splash when something goes from impossible to plausible, and then again from plausible to possible, and then from possible to practical. Remember Dolly the cloned sheep? Well, she's back as four new clones, easier to make and healthier than ever. Dolly proved cloning possible, her clones are proving that easy and safe cloning is possible. There are steps-within-steps, mini-discoveries and minor breakthroughs that aggregate and combine. Each one a little victory. Telomerase manipulation is that first step – anti-aging is now plausible. I just hope I'm not too gray before it's practical. Image via Steve

More From Discover
Mind
What Foods Can Give You Nightmares?
Mind
What Happens When Scientists Put a Human Intelligence Gene Into a Monkey?
Mind
Why We Are Fascinated With Serial Killers
Mind
What is Anxiety and How Can Worries Overpower Us?
Mind
How Your Brain’s “Fingerprints” Could Diagnose Disease
Mind
Can't Resist a Black Friday Deal? Here's Why
Recommendations From Our Store
My Science ShopDiscover STEM Kits
My Science ShopDiscover 2022 Calendar
My Science ShopStrange Science
My Science ShopElements Flashcards
Shop Now
Stay Curious
Join
Our List