It's widely said that anonymity on the internet helps to promote aggressive, low quality or trolling comments. On this view, the anonymous commenter, knowing they can't be held accountable, is free to do things that they would be ashamed to do under their real name. 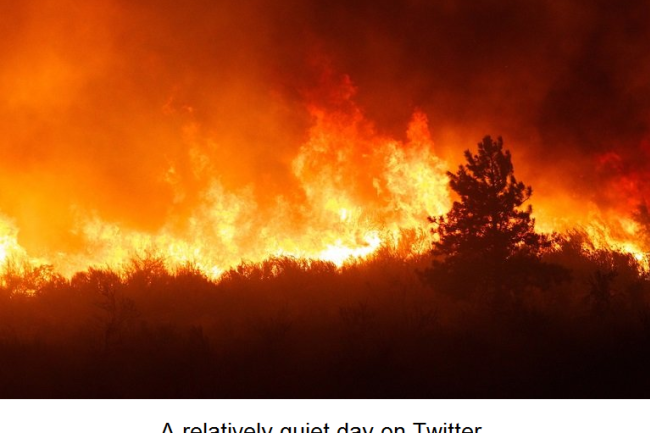 But now German researchers Katja Rost and colleagues challenge this view, in a new study published in PLOS ONE. Rost et al. say that real names can actually be associated with more aggression than anonymous posts, based on a dataset from a German petition platform, www.openpetition.de. Rost et al. analysed all posts (532,197 comments on a total of 1,612 different petitions) from May 2010 to July 2013. Posters could choose to be anonymous or to use a (seemingly) real name, and about 20% of posts were anonymous. The petitions were about topics of public interest or controversy in Germany, and included various calls for politicians to resign, etc. It turned out that the anonymous comments were rated as less likely to contain "aggressive" language than the named comments were (p < 0.001), even controlling for other variables such as message length and the topic of the petition, etc. How to explain this? Rost et al. make the point that when people are expressing online outrage about (what they perceive as) a scandal, the commenters probably don't see themselves as doing anything shameful because, as far as they're concerned, they are just engaging in 'social norm enforcement' - calling out shameful behaviour in others. Therefore, posters wouldn't resort to anonymity in order to express outrage, because they see their outrage as justified. This is an interesting set of results. I note, however, that the openpetition.de site is not a typical 'social media' platform (although Rost et al. do refer to it as one). It's also a low-traffic site: they had some 500,000 comments over three years. On Twitter there are roughly 500 million tweets every single day. In my view, despite these limitations, Rost et al. have shown convincingly that under some conditions, anonymity doesn't go hand in hand with aggression. This shouldn't be a surprise though, because different people choose anonymity for different reasons under different conditions. It would be surprising if the correlates of anonymity were always the same. To put it another way, I think it's pretty clear that sometimes, trolls do use anonymity in order to evade responsibility for their aggressive and harassing posts, but this doesn't mean that all anonymous posters are trolls.