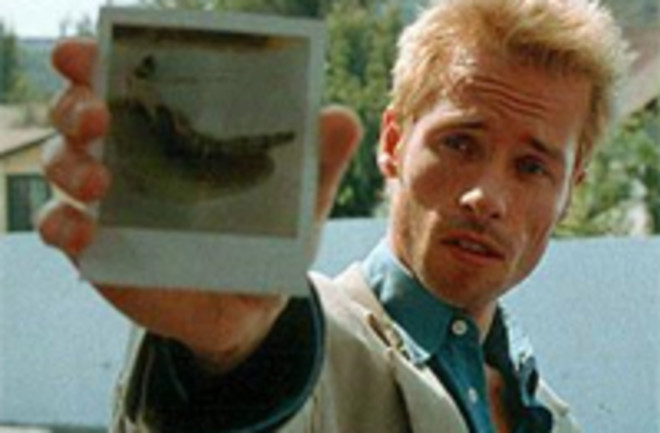 I can still remember the details of my wedding day with the most crystalline vividness, from the flower arrangements to the design of the invitations to the contents of my speech. I can also easily recall the sense of elation, hope and fulfilment. These emotional memories are very much fused to my memories of the events themselves, but they aren’t one and the same. A new study suggests that, like everyone else, I recorded these emotional memories independently of the factual aspects of the day. Typically, the happiness of a wedding day or the sadness of a death becomes inextricably linked to the details of those events, as we repeatedly replay and reflect on them in our heads. To see the true split between an emotional event and the emotions it triggers, you need some very special conditions. Justin Feinstein from the University of Iowa College of Medicine found some – the brains of amnesiac patients. Feinstein worked with a group of five patients who had a rare condition called anterograde amnesia, the same one that afflicted the protagonist of Memento. All the patients had suffered severe brain damage to both halves of their hippocampus, a part of the brain that’s essential for long-term memory. As a result, they couldn’t form any lasting memories after the point when they sustained their injuries. For the rest of their lives, new facts and experiences are like whispers on a breeze, lingering for moments before vanishing again. However, it seems that these patients can retain feelings of happiness or sadness long after they’ve forgotten the events that triggered these emotions. Feinstein asked the quintet to watch film clips that either portrayed tragic scenes of loss or death, or comedic scenes of humour and laughter. Around 5-10 minutes after the clip finished, each patient did a memory test about what they saw. Despite this short gap, the amnesiacs had little or no factual memory for the clips. Most could only remember a handful of details and some couldn’t recall any. A group of five normal people with a working hippocampus had no such problems; they remember around 6 to 8 times as many details as the amnesiacs. They also answered a detailed questionnaire about their current feelings, before watching the clips, immediately after, just after the memory test, and a final time after half an hour or so. These results were very different. All five amnesiacs responded in the right way, frowning and crying at the sad clips while laughing and smiling at the happy ones. Even afterwards, when their memories of the films’ content had faded, they still stayed emotional for at least half an hour. Even those with the most severe factual deficits managed to hold onto the film’s emotional stings.

Of course, when you’ve only got a sample size of five people (and patients with anterograde amnesia aren’t exactly easy to come by), statistics aren’t really working in your favour. Feinstein acknowledges this, but he notes that every one of the amnesiacs showed the persistent emotions. Consider just one of the patients, known as Am1. The sad clips really got to her and she cried for several minutes. Afterwards, she couldn’t remember a single detail about them, but her sadness lingered for well over half an hour. This separation between emotional and factual memories seems incredibly counter-intuitive and Feinstein stresses that it would be difficult, if not impossible, to see it in patients without amnesia. For now, we don’t know how long these emotional memories last for, but the important point is that they can be dissociated from factual recollections. Nor do we know how the amnesiacs keep their emotional memories; perhaps the state of their bodies gives them a clue. Nonetheless, these results support a fascinating and widely misinterpreted study that I wrote about last year, which showed that a drug called propanolol could erase the emotional sting of scary memories. Merel Kindt trained volunteers to fear images of spiders by pairing them with electric shocks. If they were given propranolol, they still expected to receive a shock when they saw the spidery picture but they weren’t afraid of the prospect. The drug hadn’t so much erased their memories, as dulled their emotional sting. Kindt describes Feinstein's research as "fascinating" and says that "the data are nicely in line with our own". But the result that really grabbed her attention was that sad memories lingered to a greater extent in amnesiacs than in normal volunteers. One of the patients, Am2, described her feelings in an interview after the experiment. She said, “It’s not so much with the happy or the good feelings. You just kind of accept them. You don’t worry about why. It’s more for what I would call negative feelings... like when I’m feeling really sad, then I have to find out why. “ She added, “They don’t go away.” Feinstein suggests that the emotions stick around precisely because the patients don’t have a clear understanding of why they’re feeling sad. Bereft of that knowledge, they can’t deal with their feelings. Kindt says that this could easily have been tested by giving the volunteers an explicit reason for their lingering sadness, and she's disappointed that this wasn't done. "Nevertheless," she says, "the data are strong." That has big implications for the way people with memory disorders are cared for. It suggests that something could affect the mood of a person with, say, Alzheimer’s disease, even if they’ve forgotten about the event itself. They might quickly forget a visit from a family member or a funny joke but the good mood might last long after their company has gone and the punchline is forgotten. On the flipside, Feinstein writes, “Routine neglect from staff at nursing homes may leave the patient feeling sad, frustrated, and lonely (even though the patient can’t remember why).” He adds, “We provide clear evidence showing that the reasons for treating amnesic patients with respect and dignity go beyond simple human morals.” Studies like these show that the fanciful world of Eternal Sunshine of a Spotless Mind is very much a fictional one. Erasing a painful memory may not erase the emotional stings that accompanied them. In fact, it might make things worse, which has ramifications for treatmentsaimed at selectively erasing fearful memories in, say, people with post-traumatic stress disorder. Remember that Feinstein’s amnesiacs held onto their sad feelings longer than usual because they couldn’t remember the source of their sadness. If this effect applies more generally, it might mean that “erasing negative memories could have the paradoxical effect of actually prolonging (rather than alleviating) feelings of distress. Addendum: It is rare to read a scientific paper that is written so nicely that I end up liberally quoting large chunks of it, because my own take would be less eloquent. It’s also relatively rare to see the ethical and social implications of the research considered in a meaty portion of the discussion, rather than in a throwaway concluding line. Hats off to Feinstein and his co-authors Melissa Duff and Daniel Tranel for their efforts. Reference: PNAS http://dx.doi.org/10.1073/pnas.0914054107More on memory: