A scientific explanation for Lex Luthor? 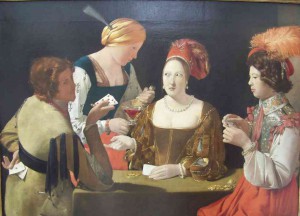 We know that creative thinking can lead to dishonesty. But does the reverse hold true? Could lying also make people more creative? That's the hypothesis tested here -- the researchers gave the opportunity for participants to cheat on various computer games, then had them solve problems to measure creativity. They found that people who cheated prior to the creative task were subsequently more creative, and this effect was related to the subjects feeling "unconstrained by rules." They authors suggest that this effect could explain evil masterminds like Lex Luthor (and even Bernie Madoff).

Evil Genius? How Dishonesty Can Lead to Greater Creativity. "We propose that dishonest and creative behavior have something in common: They both involve breaking rules. Because of this shared feature, creativity may lead to dishonesty (as shown in prior work), and dishonesty may lead to creativity (the hypothesis we tested in this research). In five experiments, participants had the opportunity to behave dishonestly by overreporting their performance on various tasks. They then completed one or more tasks designed to measure creativity. Those who cheated were subsequently more creative than noncheaters, even when we accounted for individual differences in their creative ability (Experiment 1). Using random assignment, we confirmed that acting dishonestly leads to greater creativity in subsequent tasks (Experiments 2 and 3). The link between dishonesty and creativity is explained by a heightened feeling of being unconstrained by rules, as indicated by both mediation (Experiment 4) and moderation (Experiment 5)."