A new study that suggests all military recruits should be offered genetic testing to assess their risk of PTSD seems ... suspect. 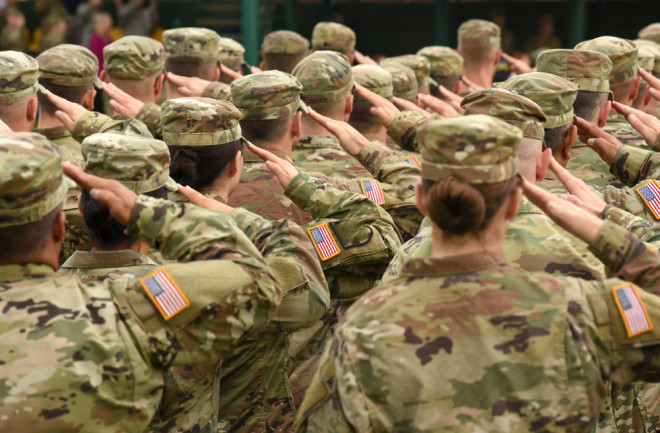 A dubious paper just published in Molecular Neurobiology makes the suggestion that all military recruits should be offered genetic testing to assess their risk of PTSD. According to the authors, Kenneth Blum et al.,

We hypothesize that, even before combat, soldiers with a childhood background of violence (or with a familial susceptibility risk) would benefit from being genotyped for high-risk alleles (DNA variants). This process may assist us in identifying potential military candidates who would be less well suited for combat than those without high-risk alleles.

You might well ask at this point, why would an addiction risk score be useful in predicting PTSD? Well, according to the authors, PTSD and addictions (amongst other things) are both manifestations of the same underlying condition, namely dopamine deficiency.

Low dopamine function has been associated with increased risk for PTSD [37, 38]. It is noteworthy that during combat stress, dopamine is released from neurons at 100 times above the resting state.

The idea that addiction involves dopamine in some central way is fairly well accepted (although it’s not quite as simple as ‘low dopamine’.) The idea that PTSD is all about low dopamine is even less plausible.

As to the idea that combat increases dopamine release 100 times, no reference is provided for this claim and I couldn’t find any source after some searching. It seems absurd on the face of it, I must say.

But this is not the first absurdity from these inimitable and prolific authors, Blum et al. Readers may recall my previous posts on Blum et al.’s work such as my three-part series on the idea of reward deficiency syndrome and the apparent plagiarism in a paper about Neuroquantum Theories of Psychiatric Genetics.

This time, I’m not worried about plagiarism, but I am concerned about conflicts of interest. The GARS genetic test that Blum et al. repeatedly promote is sold by a company called Geneus Health, of which Kenneth Blum is on the board of directors (as is another of the authors). Blum also holds patents for GARS.

The closest thing we get is that one of Blum’s seven affiliations is given as “Department of Precision Behavioral Management, Geneus Health, San Antonio, USA”. So an association with Geneus is mentioned, but this doesn’t make it clear that Geneus is a for-profit company, nor how closely it is linked to Blum. Hmmm.