A Psychological Surprise: Social Rejects Better at Picking Out Phonies 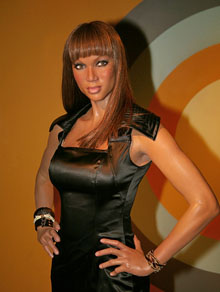 Here’s one for the Holden Caulfields of the world: If you’re good at spotting fake smiles, you’ve probably been given the cold shoulder a lot in the past.Scientists at Miami University in Ohio found that the memory of social rejection makes a person more wary of phony goodwill.

Some of the researchers expressed surprise at their results: They had thought that the rejects would be so desperate for affection that they would've latched on to any signs of friendliness, genuine or not.But instead, those who’d suffered rejection were more careful to avoid repeating the same mistakes, and so they focused more on facial expressions.The researchers concluded that the key to spotting a fake smile is to look at the eyes—which, of course, is exactly what Tyra has been telling us all along.