The latest episode in the nail-biting scientific drama of "Does The XMRV Virus Cause Chronic Fatigue Syndrome?" has arrived, in the form of

a paper in PNAS

. A team of virologists led by the renowned Harvey Alter reported finding various XMRV-like viruses, but not XMRV itself, in chronic fatigue patients.

There's been plenty of excellentcoverage of this new study, but most of it has come from specialists and has assumed a certain degree of technical knowledge. So here's my attempt to provide a summary for the non-expert, writing as someone who last got his hands dirty in a molecular lab 5 years ago...

The key to the controversy is PCR, a very useful technique invented by a guy on acid (kind of). PCR means Polymerase Chain Reaction. Polymerase is an enzyme which copies DNA. If you ask it nicely, it also copies the copies, then copies the copies of the copies, and so on. Thanks to this chain reaction, you can start with a tiny bit of DNA and end up with loads.

Using PCR, you can detect certain DNA sequences, for example, the DNA sequence of XMRV. (XMRV itself has RNA, rather than DNA, but as a retrovirus, it's able to insert itself into the DNA of infected cells.)

Here's how. DNA is a chain, or strand, of simple molecules called nucleotide bases. There are four: A, C, T, and G. Most of the time, DNA molecules are double-stranded, containing two chains of bases paired up (bound) together. Whenever one strand has A, the other has C, and vice versa. T and G pair up in the same way. They can only pair up in that particular way. T can't pair with C, or G, or with another T. 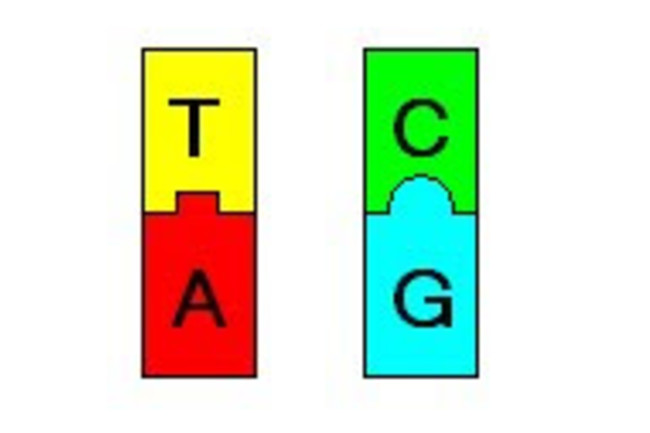 PCR takes double-stranded DNA and makes more of it. It does this by taking each strand and adding a second strand which is the "opposite" (complementary) sequence of the original, with T and A swapped, and C and G swapped.

That's nothing more than a replica of the original double-stranded DNA.

However, there's a catch. Polymerase can't start a strand of DNA out of nothing, it can only make an existing strand longer. So it needs a primer which can bind to the original DNA and provide "something to work with".

No primer, no duplication. The primer has to be specific: it has to be able to pair up with the DNA. This fact allows us to use PCR to detect specific DNA sequences. Suppose you want to know whether a sample of DNA contains a certain gene, and you know that this gene starts with AAAAA, and ends with CCCCC.

You would make some corresponding primers: a forward primer AAAAA and a reverse primer GGGGG. If the gene is present, these primers will bind to the corresponding target sequences bookending the gene of interest. The PCR will work, and you'll end with loads of copies of that gene. Hooray. If not, nothing much happens. Note that the forward primer is the "opposite" of what you might expect, because it has to bind to the complementary strand. The two primers bookend the region to be amplified - see this pic for an explanation of why.

Once you've run the PCR it's relatively easy to tell whether it amplified the gene or not. But remember that PCR doesn't detect genes, it detects primer targets. The DNA in between the target regions could be anything, as long as the primers fit. In fact, you can tell the length of the amplified DNA, which does provide some information. You can also resequence the amplified DNA to see exactly what it is, but that's expensive.

On the other hand, the match has to be exact. If you're testing for a gene starting with AAAAA, and that gene is present except that it starts with AAAAC instead, you won't find it: a single base difference in the primer sequence throws the whole thing off.

So if someone "used PCR to detect dog DNA", what they mean is that they used primers which they think are specific to dog DNA. This relies on two things being true: that the primers do in fact match the DNA of all dogs (not just some breeds of dog) and that they only match dog DNA (not cats, or mice.)

There are also technical considerations. PCR is vulnerable to contamination by unwanted DNA, because it's so sensitive: even a tiny bit of contamination will cause a false positive. Rogue DNA could come from anywhere: from the researcher running the experiment, from other samples in the lab... So, every PCR experiment needs a negative control, a sample known not to contain the gene of interest. A drop of water is the simplest example. If you "detect" the gene in the negative control, you have to try again (after cleaning all your equipment and washing your hands.)

How does this relate to the XMRV story? That's another post...