A Brain-Machine Interface Built on Images of Marilyn Monroe 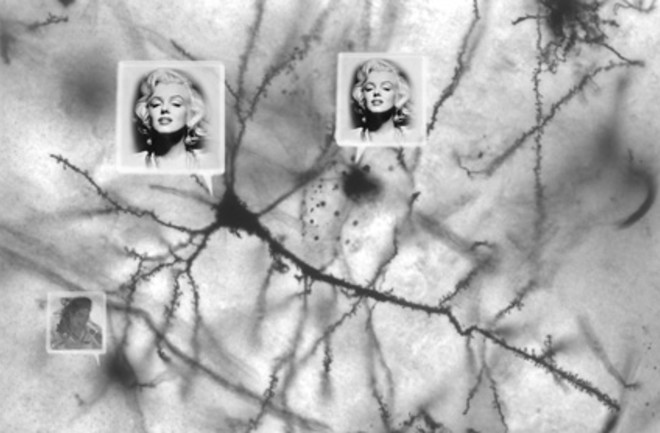 Deep in your brain there are probably several thousand neurons that will respond only to the sight of Lady Gaga. Several thousand others probably only crackle to the sight of Justin Bieber. It might be nice to reassign those neurons to loftier thoughts. For now, though, neurology can’t help you. What neurology can do for you (if you’re up for a little invasive brain surgery) is let you use those Gaga and Bieber neurons to control a computer.

A team of researchers has built on the previous discovery that specific neurons respond to the images of specific people--like Lady Gaga, or your grandmother. To harness these neurons, the researchers tried out an ingenious brain-machine interface based on images of celebrities who triggered particularly strong responses in 12 patients. A patient could bring a digital image of a celebrity (like Marilyn Monroe) into the foreground by consciously focusing on the image, which meant that the celebrity-associated neurons were firing. As they describe in a paper

in Nature, the patients quickly got the hang of it, activating patches of neurons at will. This has led researchers to wonder if people could one day control devices simply by visualizing certain people, things, or concepts. You can get the rest of the story on this fascinating but intrusive technology, and can also see a video that Carl made about the experiments, at The Loom

80beats: Honda’s Mind-Controlled Robot Could Be Your Avatar in the Real World