A Biomarker for CTE Could Make Living Diagnosis Possible 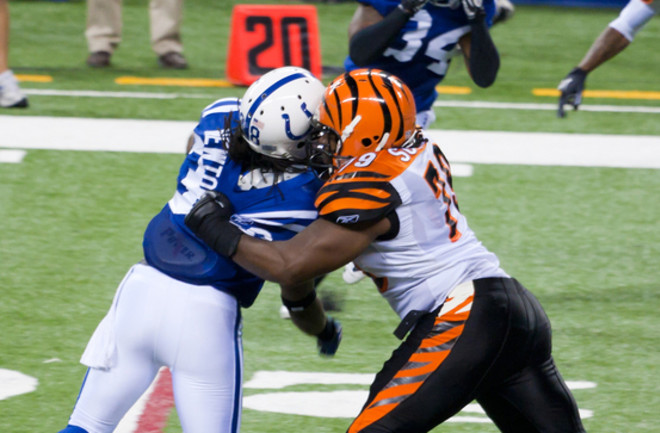 (Credit: Shutterstock/Alexey Stiop) The discovery of a biomarker for chronic traumatic encephalopathy (CTE) could lead to diagnosis of the disease in living individuals, something not currently possible. CTE is a neurodegenerative brain disease thought to be caused by repeated blows to the head, resulting in brain damage that accumulates over time. A recent study of 111 NFL players who donated their brains after death found CTE in all but one of them.

In new research published Tuesday in PLOS One, a brain protein previously linked to neurodegenerative diseases like Alzheimer's and ALS was found at elevated concentrations in the brains of former football players already diagnosed with CTE, as compared to a group of control individuals. The finding indicates that tests for the protein could serve as a benchmark for CTE, potentially flagging the disease before symptoms appear. Researchers at Boston University looked at the brains of 23 former football players who had been diagnosed with CTE after their deaths and compared them to brain samples from people with Alzheimer's and healthy individuals who had never played contact sports. Levels of the protein CCL11 were significantly higher in the brains with CTE, even when compared to samples with signs of Alzheimer's. CCL11 is found in many areas of the brain, and studies of mice indicate that it could cause inflammation and impair the creation of new neurons, although a clear understanding of how it could lead to CTE is lacking.

The researchers suggest that CCL11 causes build-up of tau proteins, another previously discovered marker of CTE. However, it's much easier to search for CCL11 in the brain than tau plaques, which makes this potential CTE biomarker a much more promising candidate for diagnosing the disease in the living. Increasing levels of CCL11 were correlated with both higher levels of the tau protein and more years of football play, the researchers say, providing more evidence of a connection. The study wasn't detailed enough to discern whether higher levels of the protein were associated with more severe symptoms of CTE, however. It also isn't clear at what stage of the disease the protein begins to appear. The study's release comes  days after the announcement that former Patriot's tight end Aaron Hernandez—who committed suicide in April following a guilty verdict in a homicide trial—had advanced CTE. He was only 27, though his brain showed signs of the disease usually only observed in patients well over 50. The study of NFL players' brains that indicated a high rate of CTE occurance is part of an ongoing effort to determine how widespread it is in the NFL and other contact sports, as well as how to combat it. Finding a biomarker that indicates the presence of the disease would be a boon to both players waiting to find out if they too will succumb to the disease, and those who could potentially be at risk in the future.

More From Discover
Mind
Why Do Some People Love Watching Animals Fight?
Mind
The Science of Spotting a Liar
Mind
Is There Such a Thing As Universal Humor?
Recommendations From Our Store
My Science ShopCosmos: Possible Worlds
My Science ShopStrange Science
My Science ShopEinstein's Universe
My Science ShopElements Flashcards
Shop Now
Stay Curious
Join
Our List