5 Questions for the Stem-Cell Maestro

Sarah Heilshorn uses new methods to try to heal brain and spine injuries once thought of as untreatable. 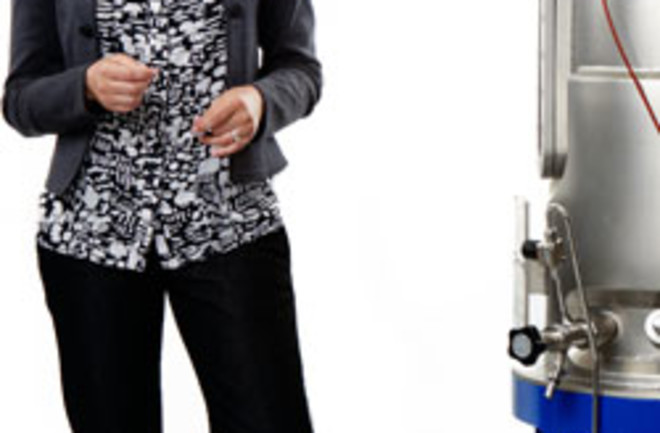 As a chemical engineering grad student at Caltech, Sarah Heilshorn could not make up her mind: “One day I wanted to work on green chemistry; then I’d meet someone working on solar cells and think that was the specialty for me.” Clarity came after she heard a talk by David Tirrell, a Caltech engineer who designed synthetic biomolecules. Soon he became Heilshorn’s mentor. “I was fascinated by the idea that engineers could program organisms to create new materials for medicine,” she explains. Now head of her own lab at Stanford, Heilshorn engineers proteins to aid neural stem cells in healing injured brains and spines.

If I cut my hand, it heals on its own. Why is it so much harder to heal spinal cord injuries?Peripheral nerves like the ones in your hand regenerate well. Nerves in the spinal cord and brain do not. This might have to do with the blood-brain barrier, which protects the central nervous system but also makes drug delivery difficult. In addition, spine injuries are often caused by a crushing or twisting motion, so there may be bone fragments floating around and compromised blood flow to the region.

You engineer proteins to help stem cells regenerate neurons. How does that work?Proteins are made of smaller molecules called amino acids, which combine to form modules. Some modules make a protein act like a spring; others help it bind to cells. I mix modules in new ways to create novel proteins with new functions, and then I mass-produce them [in the machine at right].

The idea of injecting stem cells to heal the spine and brain has been around for a while. What makes your work special?We encapsulate the cells using a protective protein that’s engineered to greatly increase the chance they will survive. After delivery, the proteins instruct the stem cells and damaged neurons to interact.

How could one approach treat so many neurological injuries and diseases?The idea is to inject the material directly into whatever part of the spine or brain is affected. Beyond that, we try to customize proteins to trigger repair across a wide range of cell types and traumas.

That sounds like stressful work. How do you unwind when you leave the lab?I enjoy dancing, and I’m inspired by dancers who incorporate science or engineering into their performance. Margo Apostolos at the University of Southern California gave me the opportunity to participate in performances while I was a graduate student at Caltech. She helped pioneer the field of robotic choreography, where they try to make robots adopt more humanlike motions. We had an instant mutual appreciation for each other’s work; we both like to blur the lines between different fields.