You Can Teach an Old Drug New Tricks

Side effects of the skin cancer drug bexarotene include headaches, weakness, joint pain . . . and a possible cure for Alzheimer's? 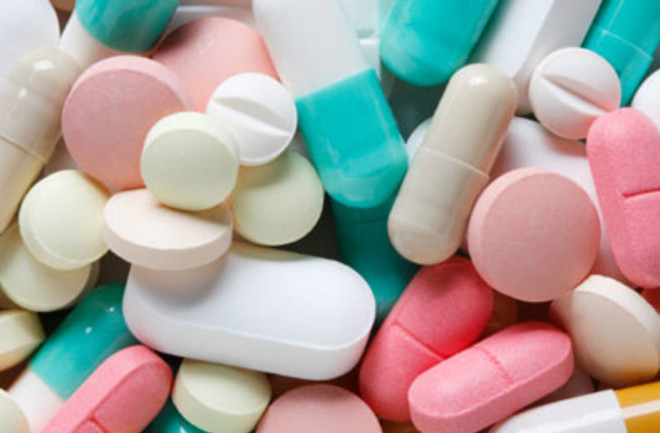 Old drugs often get a surprising second life. In just the past few weeks, the news has buzzed about a skin cancer drug that may cure Alzheimer's, an osteoporosis medication that can kill malaria parasites, a leukemia drug that inhibits the Ebola virus, and many more.

These drugs and their newly discovered possible uses are just a reflection of how modern drug discovery works. Sometimes it is pure serendipity: a curious and surprising side effect pops up in clinical trials. Other times, we've stacked the odds by testing drugs already approved for one use to see if they can treat other conditions. Since these known drugs have already been proven relatively safe, their clinical trials involve less hassle and expense.

Taken together, these examples show how the drug-discovery process is often more scattershot than premeditated. Human biology is so complex we don't really know exactly how it works, and don't know how a new chemical will affect the whole system. Occasionally, we get lucky and something works—even if we're not sure why.

From Heart to Crotch Viagra is the stuff of pharmaceutical industry legend now, but in the early 1990s, it was just a chest pain drug that wasn't performing well in trials. Pfizer was ready to call it quits when they decided to look into one strange, common side effect: long-lasting erections. Then came the drug patent and the spammers, and the rest is history.

Doubly Precious MetalIn 1949, John Cade was injecting rats with the urine extracts schizophrenia patients to isolate a compound causing mental illness, and he happened to use a compound with lithium as the control. He didn't find a compound that that caused mental illness but he did find one that treated it. Lithium, once a treatment for gout, is now widely used to treat manic episodes in bipolar patients.

Acne, ALS, and Schizophrenia? The antibiotic minocycline seemed to be a promising treatment for ALS in mice, so why was it so hard to recruit ALS patients for a human trial? Not because no one wanted to take it but because so many patients were already taking the drug off-label after hearing about the mouse study. Commonly used to treat acne, minocycline was easy enough to get through any doctor who would prescribe it under the assumption it would help people with ALS, too. But, years and a conclusive clinical trial later, we now know that minocycline doesn't stop the progression of ALS in humans: It actually made the disease worse.

Minocycline is a cautionary tale about off-label use, and reminds us why we invest so much money in clinical trials.

Lately, the drug has also been in the news as a possible treatment for schizophrenia, after psychotic symptoms disappeared in a young Japanese man treated with the antibiotic for pneumonia. A clinical trial is planned in the UK.

Getting drugs from the lab to patients isn't just about doing science—it's a long bureaucratic process. TLC's goal is to smooth the path for a drug going from the scientist doing basic research, to the organization sponsoring clinical trials, to the drug company that eventually manufactures it. They hope to use Auroanofin to pave the way for discovering new uses for other old drugs.

Creating Our Own LuckDrug discovery today often starts with a library of chemical compounds that includes thousands of known drugs. An automated machine squirts one chemical onto some sample cells—breast cancer cells, for example—and repeats this for thousands or even millions of different compounds. When a compound kills the cells, that's a hit, flagged for further investigation. The breast cancer treatment Lapatinib is one such drug developed through the high-throughput screening process.

The ongoing rapid increase in computational power means that drug screening will likely become partly virtual in the future. If we know, for example, that a cancer cell can be killed by deactivating a certain enzyme, researchers can build a detailed, 3-D computer model of the enzyme to look for molecules that can go in and disable it. For instance, researchers used virtual screening to identify compounds that target the gene for PFKFB3, an enzyme that helps regulate the metabolism of cancer cells.

This virtual screening process helps researchers narrow down compounds and make educated guesses before they get down to physical testing. After all, it's much easier to run a computer program than to grow cells, blast them with a compound, and incubate them before getting any sort of results. Virtual testing gets us one step closer to abandoning the lucky-strike method and consciously designing the drugs we need.