Experiencing Famine in the Womb Can Lead to Early Cognitive Decline

A study of WWII babies highlights the generational impacts of famine. 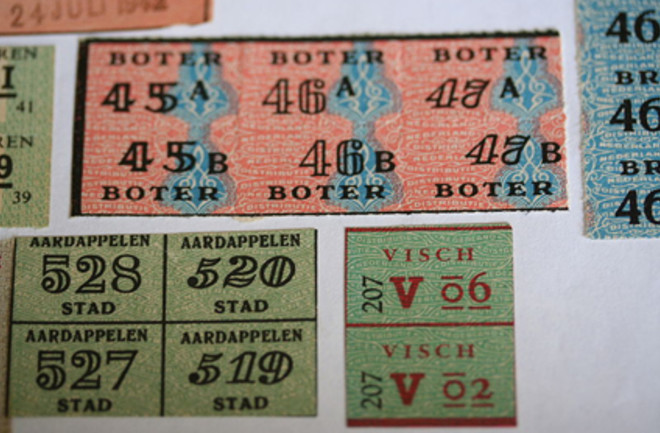 "Hongerwinter," or "hunger winter"—that's what they called the end of 1944 in the Netherlands. As World War II lurched toward its end, Nazi Germany put up a blockade to prevent food from entering the Netherlands. According to a study by Dutch researchers, that famine is still felt all these years later in the brains of people who were born during those years. Susanne de Rooij and colleagues looked at more than 700 people born during those years, 300 of whom experienced famine in utero, to see if that experience changed their brains.

In the study, 64 seniors who were exposed to famine in the early stages of gestation did worse on cognitive-function tests that required them to do tasks like name the color of the word "blue" when it was printed in yellow ink, than seniors who were exposed later or not at all to hunger in utero. The researchers also found that exposure to famine at any stage of the mother's pregnancy resulted in a smaller head circumference at ages 56-59."Head size is related to brain size and reduced size has been associated with decreased cognitive abilities in the elderly," they wrote. [AFP]

The caloric restriction was severe to say the least. The Netherlands started a railway strike to hinder the ability of Nazi troops to travel, and the retaliatory embargo dropped daily food intake to between 400 and 800 calories. In their study (in press) appearing in the Proceedings of the National Academy of Sciences, the researchers write: "The famine was a humanitarian disaster, but left the opportunity to study the effects of maternal malnutrition on the offspring's health in later life."

De Rooij and her team suppose that the lower scores they saw in people who'd suffered in utero famine are the signs of accelerated cognitive decline, though that idea can be tested further as the people age through their 60s and 70s in the coming years.

The scientists offer a couple hypotheses to explain why this would be the case. First, "the central nervous system is structurally formed during the first part of pregnancy," they write, so it should be no surprise that the people exposed to famine during early stages of gestation fared the worst. Alternatively, they say, famine in utero could lead to damage in the blood vessels, and that's connected to age-related cognitive decline. Related Content: DISCOVER: What Does Alzheimer’s Look Like in Your Brain?

80beats: “Ghost Fleet” of WWII-Era Ships Will Finally Fade Away–Along With Its Pollution