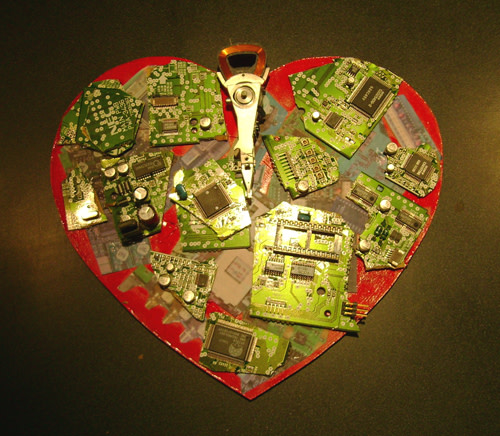 Apparently it’s a pretty close call, according to a recent survey. Over 2,000 respondents were asked if they would forgo intercourse for two weeks, or surrender Internet privileges for the same amount of time. About half of the women in the survey chose chastity so long as they had the succor of the World Wide Web. This percentage remained consistent across all age ranges, from 18 to 44 years old. The men surveyed craved action in the bedroom a bit more than World of Warcraft and other online. . . pursuits, though just barely: About four out of 10 males aged 18 to 34 opted for the Internet over sex during the hypothetical two-week time frame. Other findings of the survey, conducted by the market research firm Harris Interactive and sponsored by (no surprise) the mega tech-vending Intel Corporation, purport to show why for some, the pleasures of the Web beat the pleasures of the bed. For starters, almost nine out of 10 respondents said the Internet had saved them money. In a ranking of discretionary items, ranging from cable TV subscriptions to having a gym membership, 65 percent of people put Internet access as number one. And ultimately, nine out of 10 respondents said having Internet access had improved their lives in some way. Perhaps Kip Dynamite—Napoleon’s brother —best summed up the clash between the instinct for sex and desire for the Internet as he sang to his bride at their wedding: “Sure, the World Wide Web is great / But you, you make me salivate / Yes, I love technology / But not as much as you, you see / But I still love technology / always and forever.” Related content: DISCOVER: The Real Dirty Secret about Sex Discoblog: Bizarro Animal Sex Story of the Day DISCOVER: Map: What Does the Internet Look Like?Image Credit: Flickr / SharkeyinColo