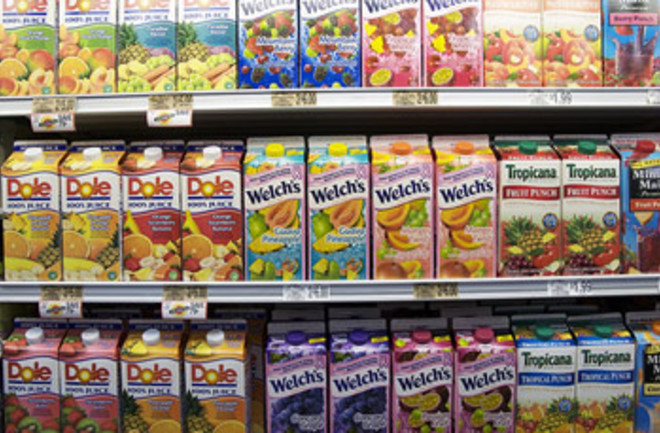 Even when you're trying to eat healthy foods, it can be hard to know what to buy: Few us have the time to decipher the nutrition facts on every item we're considering at the grocery store, and the dizzying number of health claims plastered on labels make the task, if anything, more confusing. The Institute of Medicine offered a possible solution in a report released yesterday: put a simple, standardized rating---zero to three stars or checkmarks---on every food package. The system is designed to be similar to the Energy Star ratings, which let consumers pick out an energy-efficient appliance without wading through complicated specs. Instead of energy consumption, however, these food stars would track levels of three often over-consumed nutrients: saturated and trans fats, added sugar, and sodium. A food will get one star for each of these nutrients it contains in a healthy (i.e., moderate to miniscule) amount. Foods that are off the charts in at least one category---say, candy or butter---automatically get zero stars. Posted on the front of each package, this rating would let consumers assess a food's healthfulness at a glance, the report says. It's up to the FDA to decide whether these ratings should be required, and to hammer out the details. We're all for making things easy on people trying to eat right, and an easy-to-understand labeling system is a positive step. But a healthy diet isn't like an electricity bill; it's not as simple as using less salt or sugar as though you were cutting down on your kilowatt hours. In addition to picking healthy foods, people also have to know where those foods fit into balanced diet---something the new rating system doesn't reflect. Plus, it disregards other important factors in a food's nutritional value, such as whether it's made with whole grains or what additional vitamins and nutrients it contains.