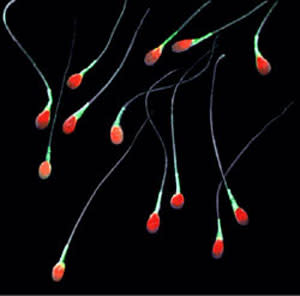 . The sperm cells were able to fertilize mouse eggs in vitro, and when the scientists implanted the embryos into surrogate mothers, the mice gave birth to healthy offspring. The research, published in the journal Cell

, may someday help treat infertility in humans. What’s the Context: