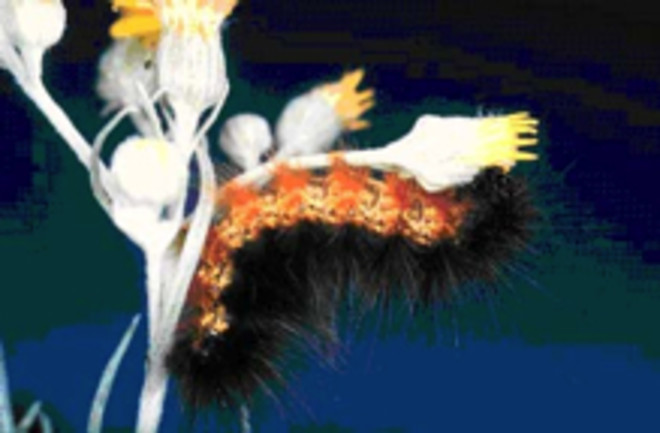 Animals, as I explained in my recent column for Discover, take precautions not to get sick (including the famous anal cannon). We take precautions too--conscious ones, based on what we have learned about how diseases spread, and perhaps also unconscious ones that lower our risk of infection. But if those precautions fail, we humans sometimes take medicines to kill off the pathogens making us sick. And there's an intriguing body of evidence suggesting that animals take medicine too. A lot of that evidence comes from studies on chimpanzees, our closest living relatives. When they get infected, they will sometimes devour leaves and other vegetation they otherwise never touch. In the case of one plant, the chimps have to first peel away an outer covering that is lethally toxic. They go to these lengths, it appears, because eating these plants can cure them of their ills. Some plants can flush parasites out of the gut and others actually fight the pathogens themselves. In fact, when researchers study the plants chimpanzees eat, they discover new compounds that kill bacteria and other pathogens. They look promising as medicines for people. (pdf). Given the sophisticated minds of chimpanzees (they can, for example, plot rock-hurling attacks on zoo-goers), it's possible that chimpanzees teach themselves which medicinal plants to take, and these medical traditions spread culturally. But other animals seem to eat peculiar things when they get sick, too. Even insects do. Obviously, no invertebrate has ever graduated from medical school. (Insert your doctor joke here.) So the question arises, are insects actually self-medicating, or are they getting so sick that their diet goes haywire? In a new paper published in PLOS One, Michael Singer of Wesleyan University and his colleagues carefully tested these alternatives in an experiment on woolly bears (Grammia incorrupta). A lot of woolly bears get killed by parasitic flies and wasps. The flies and wasps lay their eggs inside the woolly bears, and the larvae hatching from the eggs devour their hosts from within. But a lot of these parasites die inside the woolly bears, and the hosts recover in good health. The immune system of the woolly bears probably kills off some of the eggs. But Singer has observed that some of the plants woolly bears feed on contain pyrrolizidine alkaloids, which are some truly nasty chemicals. So Singer and his colleagues looked into whether the woolly bears eat the alkaloids to medicate themselves against parasites. The researchers fed infected and uninfected woolly bears food that included alkaloids or was alkaloid-free. They found that the infected woolly bears that ate alkaloids were 17% more likely to survive long enough to develop into moths. Their success was due to the parasite-killing power of the alkaloids--many fewer parasitic flies emerged from alkaloid-eating woolly bears than from hosts fed an ordinary diet. But alkaloids are not to be taken lightly--like many medicines, they can have some nasty side effects on their hosts. Uninfected woolly bears that ate alkaloids were 18% less likely to survive to become moths than woolly bears that didn't eat them. Singer's team also found that infected woolly bears eat more alkaloid-laced food than healthy ones. Another test of the medication hypothesis was not so clear, though. The scientists allowed the woolly bears to choose between food with alkaloids and food without them. Putting more fly eggs in a host did not lead it to choose to eat more alkaloids. But among the infected woolly bears that survived to become moths, the ones that were infected with two eggs turned out to have eaten more alkaloids. It's possible that the ambiguity in the choice experiment was due to the woolly bears killing off the parasite eggs with their own immune systems, making it unnecessary for them to medicate themselves. Singer and his colleagues propose that woolly bears can medicate themselves with the alkaloids. What's more, they do so without learning like chimpanzees do. A woolly bear's immune system recognizes invading parasites, and alters the animal's nervous system so that it gets a stronger preference for the taste of alkaloids. Their hypothesis is, to the say the least, intriguing. How many other insects are healing themselves with medicinal plants? Did the common ancestor of insects and humans have this ability too? Did our ancestors once have these hippocratic instincts, which have since been lost? Or do some foods (or even dirt) taste just a little better when our bodies detect an unwelcome visitor? Update: Dr. Singer kindly jumped into the comment thread to respond to some questions about his research. Among other things, he notes that woolly bears move around from plant to plant as they feed, so their choice of chow is not limited by the cost of travel.