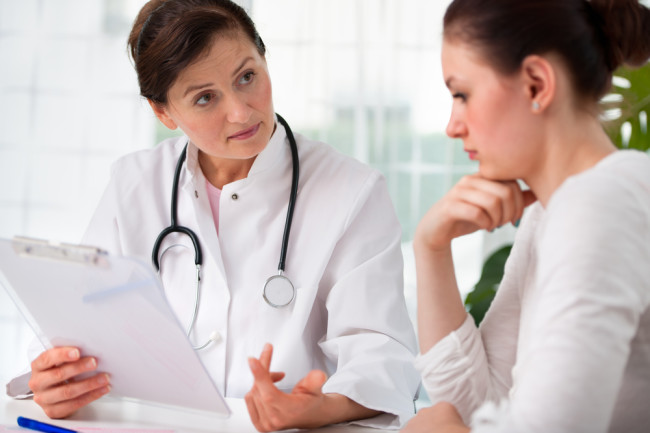 (Credit: Alexander Raths/Shutterstock)Male doctors, you’re doing great, but you may want to take some notes from your female colleagues. That’s because more and more studies are coming to the same conclusion: Female doctors produce better outcomes than men. Back in 2016, Harvard researchers showed that elderly patients treated by female doctors were less likely to die or return to the hospital than if they were treated by a man. They extrapolated their findings a bit, and concluded that some 32,000 lives would be saved if male physicians could achieve the same outcomes as female physicians every year.Other past studies have shown that women are more likely to adhere to recommendations on preventative care, and require more preventative tests. Now, a fairly large study has shown that a similar trend emerges in the treatment of heart attacks. A review of nearly 582,000 heart attack cases over 19 years showed female patients had a significantly higher survival rate when treated by a woman, as opposed to a man. This, according to a study led by Seth Carnahan of Washington University in St. Louis. For patients treated by female physicians, 11.8 percent of men died against about 12 percent of women. However, for patients treated by male physicians, 12.6 percent of men died compared to 13.3 percent of women. In other words, the gender gap almost tripled. Interestingly, the “gender bias” diminished when there were more women in the emergency department, and as men treated more women. Researchers published their findings Monday in the journal Proceedings of the National Academy of Sciences.

Studies have shown that diagnosing the symptoms of a heart attack is more difficult to do in women. Is that because their bodies are inherently more tricky? Or is it because most doctors are male, and not enough women are diagnosing heart attacks in female patients? This is where things get murky. It’s not exactly clear what women are doing that’s producing better outcomes than men. Are women more observant? Do they ask better questions? Are they calmer under pressure? Researchers, in this study, didn’t directly observe the doctors in action, but they did account for patient age, health and other factors that could affect outcomes. They suggest future studies that can begin to elucidate the mechanism driving the emergency room gender split. Given that male doctors’ performance improved as they worked with and treated more women, it would make sense to add more women to the ER. While women enter medical school at the same rate as men, they experience higher rates of both burnout and suicide during their time in the field, and men are more likely to advance to higher positions — both largely attributable to gender bias. The researchers suggested pairing doctors and patients by gender when it’s possible, but that may be difficult when there aren't as many women doctors available. Also, given the gender bias in outcomes, hospital administrators may also want to narrow the pay gap between male and female doctors. Women doctors, in 2017, earned 27.7 percent less than their male counterparts, an average of $105,000 less a year.