Woman’s Blindness Cured By Tooth Implanted in Her Eye 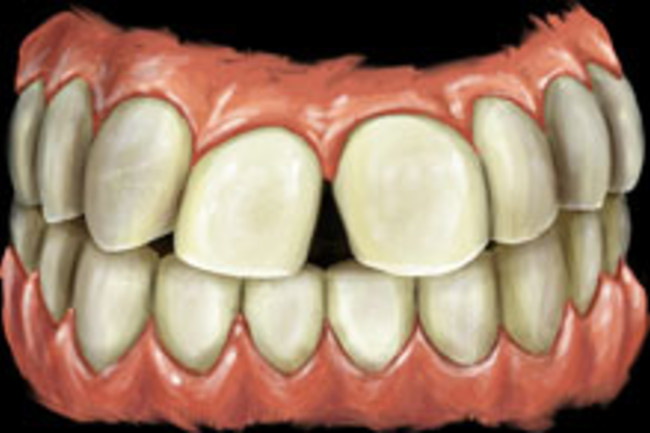 Nine years ago, Sharron Thornton’s hair and nails fell out, while her skin developed a blistering rash. Turns out she was suffering from a very rare condition—know as Stevens-Johnson syndrome—caused by a reaction to a medication. She eventually went blind after the cells in her eye died and left corneal scarring. While her hair and skin grew back, her eyes remained useless. Her condition devastated her: She thought about suicide, and tried a stem cell procedure, but couldn’t be considered for a cornea transplant. Finally she went on a desperate search for any experimental treatment to cure her blindness. For the first time in the U.S., surgeons decided to perform a rare procedure called modified osteo-odonto keratoprosthesis, to correct corneal scaring. While the procedure has been done a total of 600 times since the 1980s, it’s still pretty complicated: First the surgeons took Thornton’s tooth and part of her jawbone, and made a hole for the prosthetic lens. Then it got weirder: The surgeons implanted the modified tooth into the woman’s chest and left it there for a few months so the two parts could grow together. And finally, the tooth was implanted into her eye.

Dr. Ivan Schwab with the American Academy of Ophthalmology told CNN he believes the process is too difficult and the result too disfiguring. There are alternatives that are nearly as good, he added. "We've known about the procedure since the '80s. It's been going on for a while," he said. "We've viewed it with some skepticism. It requires a sizable team and several operations. It seems to be reasonably successful on the small numbers that have been done," though it does bring some disfigurement.

Surgeons doubt the procedure will be common in the U.S. anytime soon. But for Thornton, it gave her a reason to live. Related Content: Discoblog: Tooth Growing Gene 80beats: Adult Mouse Gets A New Tooth, Grown From Embryonic Cells