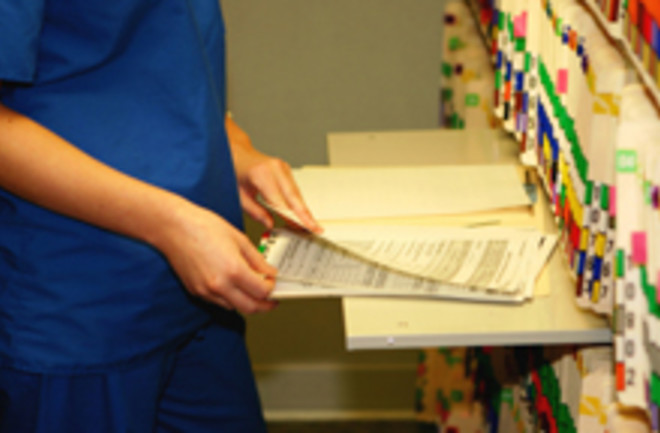 Yesterday the Food and Drug Administration gave its OK to Provenge, a new treatment for prostate cancer. It's not a "vaccine" in the old-fashioned sense, but it could be a way to make the immune system wake up and take notice to the presence of cancer. In a standard vaccination, a person receives an attenuated or dead version of a microorganism to spur them to produce antibodies (against, for example, the virus that causes smallpox). Provenge is not that—it doesn't prevent prostate cancer—but it is a variation on the theme.

To oversimplify quite a bit: with Provenge vaccination begins with a blood draw. Blood is then sent to the lab, where technicians extract immune cells known as antigen presenting cells (APCs) from the sample. From here, Dendreon combines the immune cells with proteins that are prevalent on the surface of prostate cancer cells. An immune boosting substance is also added into the mix [TIME]

. That awakens the APCs, which doctors then inject back into the bloodstream. And once there, the APCs put white blood cells on high alert against cancer. Seattle biotech firm Dendreon developed the treatment aimed at lowering the number of men in the United States killed by prostate cancer each year, which presently stands at 27,000. But Provenge was a long time coming even by medical standards.

Dendreon's low point came in 2007. Expecting FDA approval, the company was instead sent back to the drawing board. Angry prostate-cancer patients and advocates rallied outside FDA headquarters. The setback added another three years to the 15 Dendreon already had spent on Provenge. The amount of money plowed into the project is now close to $750 million [Seattle Times]

. In the most recent tests, Provenge increased survival from a quarter of patients to a third, and boosted survival by four months compared to the placebo control group. However, the Seattle Times concludes, these kinds of immune treatments might prove most useful in patients who've already received cancer treatment and need protection from relapse. Approval has finally come for Provenge, though still with caution:

With clearance yesterday, Dendreon said the FDA will require it to monitor 1,500 patients given Provenge for increased risk of strokes seen in studies [BusinessWeek]

. And it will take many years to study the long-term effects. Related Content: DISCOVER: How We Got the Controversial HPV Vaccine 80beats: “Sound Bullets” Could Target Tumors, Scan the Body, and… Create Weapons? 80beats: Researchers Find the Genetic Fingerprint of Cancer, 1 Patient at a Time 80beats: The Mutations That Kill: 1st Cancer Genomes SequencedImage: iStockphoto