Will Venter's "Synthetic Cell" Patents Give Him a Research Monopoly? 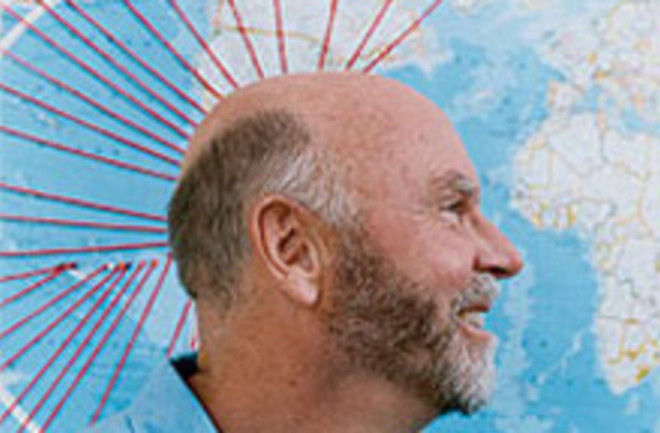 Here in the United States, people are all atwitter about Craig Venter's announcement last week of a new "synthetic cell," and whether it constitutes creating life or simply a nifty new step in genetic engineering. Across the pond in the U.K., however, there are increasing rumblings of a more practical matter: Whether the patents that Venter is seeking to protect his work will bring a chill to genetic engineering research elsewhere.

Dr Venter’s [team] has applied for patents on the methods it used to create the new organism, nicknamed Synthia, by transferring a bacterial genome built from scratch into the shell of another bacterium. Synthia’s genetic code contains four DNA “watermarks”, including famous quotations and the names of the scientists behind the research, that could be used to detect cases of unauthorised copying [The Times].

(pdf); he argues that Venter is trying to obtain a "monopoly" on a range of genetic engineering techniques, which would prevent other researchers from freely experimenting with those methods. He's also a familiar adversary to Venter. The two butted heads a decade ago when scientists were rushing to sequence the human genome.

Craig Venter led a private sector effort which was to have seen charges for access to the information. John Sulston was part of a government and charity-backed effort to make the genome freely available to all scientists [BBC News].

Venter found himself in another intellectual property vs. public domain flare-up in 2007, when a Canadian organization called the ETC Group challenged patents

that Venter's company, Synthetic Genomics, tried to file on the artificial microbe his lab had in development. After that public fight, Nature Biotechnology recognized the need

for commercial biotech firms to protect their work, but called on national organizations and non-profits to continue putting as much DNA information as possible into the public domain so that research doesn't get bogged down in a sea of legal battles. This time around, the response from Venter's organization is much the same as before: Relax, everybody.

In response to Sulston’s latest broadside, a spokesman for the J Craig Venter Institute told the BBC, “There are a number of companies working in the synthetic genomic/biology space and also many academic labs. Most if not all of these have likely filed some degree of patent protection on a variety of aspects of their work so it would seem unlikely that any one group, academic centre or company would be able to hold a ‘monopoly’ on anything” [Nature].

These fights will go on, and that's a good thing: We need innovators, and we need agitators. While Venter's work will push genetic engineering forward, and will likely make oodles of cash in the process, Sulston and others can keep questioning the balance of information power so it doesn't all end up in once place. Related Content: 80beats: Did Craig Venter Just Create Synthetic Life? The Jury Is Decidedly Out

DISCOVER: The Intellectual Property Fight That Could Kill Millions

DISCOVER: The 10 Most Influential People in Science