Why you might want to think twice before putting on that little red dress. 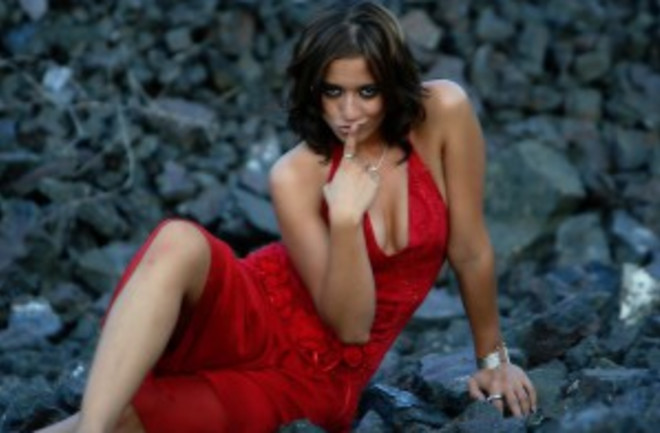 Red is a significant color in human psychology. Not only do women perceive men surrounded by red as having a higher status, but men see women wearing red as being more interested in sex. So how do women view other women wearing red? Here, researchers show that not only do women see other women in red as being sexually receptive, but they also assume that the red woman is promiscuous, and hence they "are more likely to intend to guard their romantic partner" when confronted by the woman. But we are left wondering is whether women who choose to wear red are actually trying to have more sex, even if subconsciously. Doctoral thesis, anyone?

Red and Romantic Rivalry: Viewing Another Woman in Red Increases Perceptions of Sexual Receptivity, Derogation, and Intentions to Mate-Guard. "Research has shown that men perceive women wearing red, relative to other colors, as more attractive and more sexually receptive; women's perceptions of other women wearing red have scarcely been investigated. We hypothesized that women would also interpret female red as a sexual receptivity cue, and that this perception would be accompanied by rival derogation and intentions to mate-guard. Experiment 1 demonstrated that women perceive another woman in a red, relative to white, dress as sexually receptive. Experiment 2 demonstrated that women are more likely to derogate the sexual fidelity of a woman in red, relative to white. Experiment 3 revealed that women are more likely to intend to guard their romantic partner from a woman wearing a red, relative to a green, shirt. These results suggest that some color signals are interpreted similarly across sex, albeit with associated reactions that are sex-specific." Related content: NCBI ROFL: Why women like men in red cars.NCBI ROFL: Color and women attractiveness: when red clothed women are perceived to have more intense sexual intent.NCBI ROFL: The real reason Rudolph's nose is red.