Why posting on Facebook could be good for you. 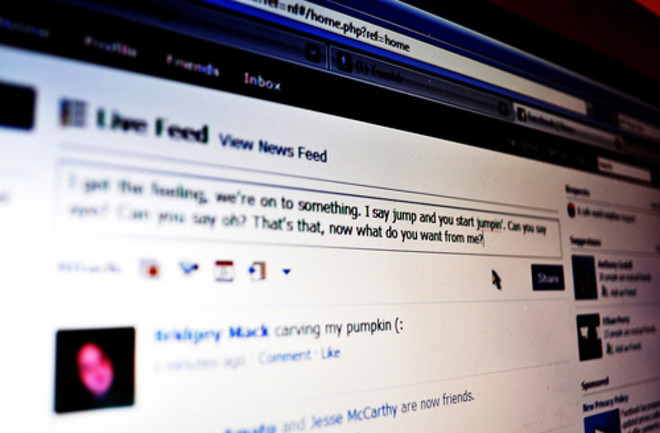 With the rise of Facebook, many psychologists have turned their attention on the effects of using social media on things like happiness and self esteem. The results are mixed: although they've found that people are happier with more real-life friends compared with online friends, posting on Facebook can also have positive effects, like increasing your self-esteem. Well, here's another point for the pro-Facebook camp. In this study, the researchers split the subjects (undergraduate students at the University of Arizona) into two groups. One group received no instructions, while the other was asked to post "more status updates than they usually post per week." Both groups were given short daily surveys about their moods and feelings. The results showed that the students who posted more on Facebook experienced a decrease in feelings of loneliness, which the researchers attribute to feeling more connected with their friends.

"Online social networking is a pervasive but empirically understudied phenomenon. Strong public opinions on its consequences exist but are backed up by little empirical evidence and almost no causally-conclusive, experimental research. The current study tested the psychological effects of posting status updates on Facebook using an experimental design. For one week, participants in the experimental condition were asked to post more than they usually do, whereas participants in the control condition received no instructions. Participants added a lab "Research Profile" as a Facebook friend allowing for the objective documentation of protocol compliance, participants' status updates, and friends' responses. Results revealed (1) that the experimentally-induced increase in status updating activity reduced loneliness, (2) that the decrease in loneliness was due to participants feeling more connected to their friends on a daily basis and (3) that the effect of posting on loneliness was independent of direct social feedback (i.e. responses) by friends."

Do real-life friends make you happier than online friends?