Some simple math shows why America has an immunization numbers problem. 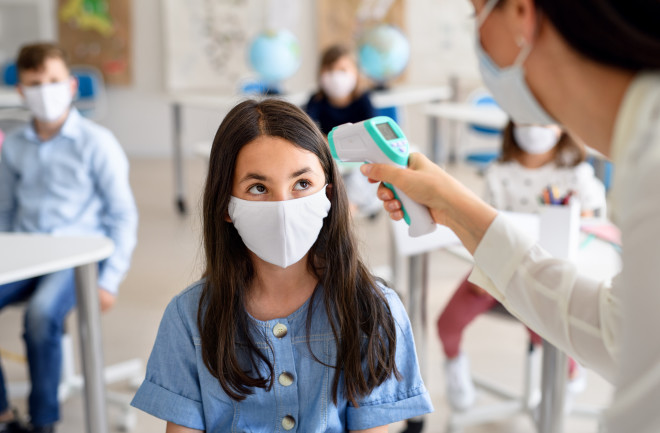 It may be summer before children under 16 can be vaccinated against COVID-19 in the United States. That’s a problem for reaching herd immunity quickly.

Children are a significant portion of the population – roughly 65 million are under the age of 16, making up 20% of people in the U.S. While children appear to face less danger of severe illness or death, they can still spread the virus, though how much young children contribute to transmission is still unclear.

Some simple math shows why America has an immunization numbers problem.

However, research and expert opinions now tell us this number is likely much higher – in the 70-90% range due to highly transmissible virus variants that are emerging.

With children under 16 unable to get the vaccine, that leaves 80% of the U.S. population eligible to be immunized. A tiny percentage of those adults shouldn’t be vaccinated due to severe allergies to ingredients in the vaccines or other serious health conditions.

But not all of the remaining adults plan to get the vaccine. A large percentage – 32% in one recent national poll – say they either probably or definitely won’t get inoculated. In another poll, nearly half either said they won’t get the vaccine unless required to or they want to “wait and see” and how it works for others.

What About Natural Immunity?

You may be asking: What about all the people who have already been infected?

So far, the U.S. has had about 28 million confirmed COVID-19 cases. Since a large number of infected people never show symptoms, the CDC estimates that 83 million people in the U.S. were actually infected last year – about a quarter of the population.

At this point, however, researchers don’t know how long natural immunity lasts. The Centers for Disease Control and Prevention recommends that people who had COVID-19 should still get vaccinated.

The vaccination effort will still have an impact on the pandemic, even if herd immunity takes longer. As former CDC Director Tom Frieden pointed out to me, “Even without children being vaccinated, vaccination of adults will decrease deaths substantially and could decrease spread.”

When Can Kids Get Vaccinated?

One of the main questions among parents is when children can get the vaccine. The short answer: We don’t yet know.

First, the national vaccination process is still ramping up, starting with medical staff and the most vulnerable adults. About 1.5 million people are getting the vaccine each day, and each needs two doses.

Second, the two vaccines with federal emergency use authorization are only authorized for adults and older teens right now – Moderna’s for ages 18 and older and Pfizer’s for 16 and older.

Drug companies must run extensive tests on thousands of subjects to show their vaccines are safe and effective. While the FDA fast-tracked the COVID-19 vaccine trials for adults, the process for children will likely take longer due to factors like safety data. Depending on the vaccine technology, this data for children can take up to six months compared to two months for adults.

Moderna also had difficulty initially finding enough volunteers for its trials in adolescents. In mid-January, the company had only enrolled about a third of the 3,000 volunteers needed. Pfizer’s clinical trial for adolescents completed recruitment but has not publicly released data.

For younger children, Moderna’s CEO reported in January that the company would likely soon begin clinical trials for ages 1-11. Pfizer has not released details for that age range.

A third vaccine could also soon be in the mix. FDA advisers are expected to discuss Johnson & Johnson’s application on Feb. 26.

Frieden said it’s likely vaccines could be authorized for adolescents by summer. That would add children ages 12 to 15 to the vaccination eligibility list – another 5% of the U.S. population.

Dr. Anthony Fauci, chief medical adviser on COVID-19 to the president, recently suggested a similar time frame. Vaccine trials in younger children will begin in the “next couple of months,” Fauci said, and “as we get to the late spring and summer, we will have children being able to be vaccinated.”

Rodney E. Rohde is a clinical laboratory science professor at Texas State University. This article is republished from The Conversation under a Creative Commons license. Read the original article.