Why Do I Feel Woozy? I’ve Only Had One Enormous Glass of Wine 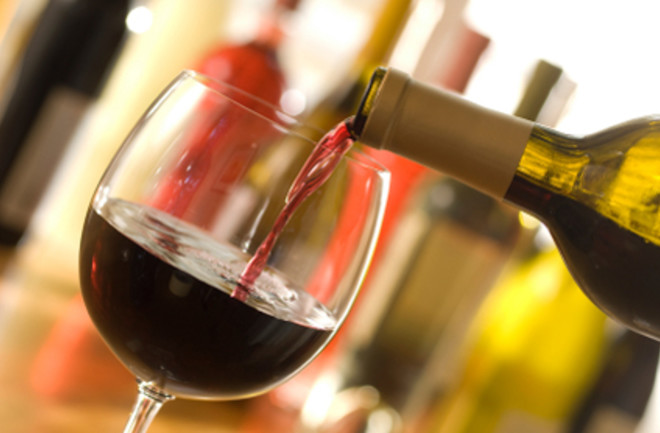 The next time you think about making that cocktail a double, wait—it might already be one. William Kerr, along with colleagues from the Alcohol Research Group at the Public Health Institute, took a scientific bar crawl—no, not the kind where you visit science-themed drinking establishments. The researchers visited 80 places in northern California, mostly bars and restaurants, to find out the alcohol content of their drinks—by analyzing them, not by partaking. Compared to the scientific standard of one drink—12 ounces of beer, 5 ounces of wine, or one and a half ounces of 80-proof liquor—the bars and restaurants were pretty generous with their liquor, giving out stronger booze than the researchers expected, and more of it. Bottled beer and shots have a predetermined amount, but when servers poured, they gave a little extra. Or, in some cases, a lot extra. Kerr says glasses of wine exceeded the scientific standard of a drink by 43 percent; mixed drinks, meanwhile, were 42 percent bigger. Draft beers were larger, too, probably because many places serve 16-ounce pints compared to the 12 ounces in a typical bottle. Size wasn't the only factor, however—not all spirits are created equal. Kerr says bars and restaurants lean more toward boozier wines than less alcoholic ones, and often feature heavier beers with a higher alcohol contents. Lastly, but "probably most important," he says, one should consider "the intentions of management and the bartender"—maybe if you have a stiffer drink, you will order that dessert. All this numerical uncertainty about what constitutes one drink is a problem for alcohol researchers like Kerr. Besides the litany of studies suggesting that moderate drinking could make you healthier but heavy drinking might kill you, experts also issue specific warnings and statistics defining binge drinking or how many drinks it takes before a person exceeds the legal limit to drive. But your watering hole might have much different definition of three drinks than the precisely measured standards that researchers use, so their studies could underestimate how much alcohol people are actually getting in their systems. That's something to bear in mind before you reassure yourself that a Long Island Ice Tea is just one drink.