WHO Report Finds Large Gap In Global Antibiotic Use 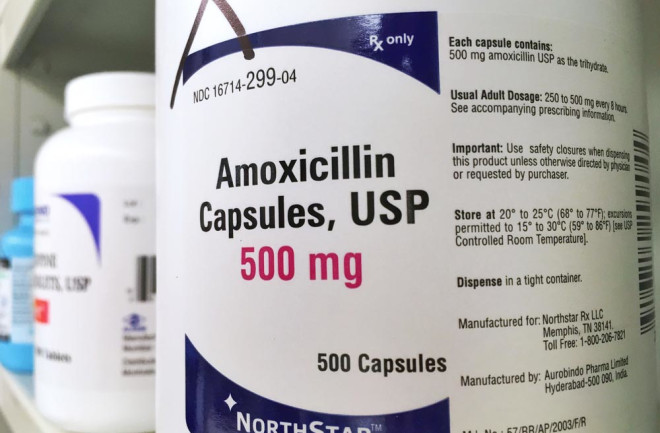 The richest countries use as much as 16 times more antibiotics, like Amoxicillin, than poor countries. (Credit: PureRadiancePhoto)

The World Health Organization (WHO) released a new report Monday that finds large disparities in antibiotic consumption worldwide. Consumption rates documented in the report vary by as much as 16 times between countries. The discovery suggests some countries are likely overprescribing whereas others may not have appropriate access to the medicines.

“Overuse and misuse of antibiotics are the leading causes of antimicrobial resistance,” Suzanne Hill, Director of the Department of Essential Medicines and Health Products at WHO, said in a statement. “Without effective antibiotics and other antimicrobials, we will lose our ability to treat common infections like pneumonia.”

Since 2016, WHO has helped countries track their antibiotic consumption. Such surveillance can monitor how and why the medicines are being used, which can then facilitate campaigns to contain resistance to the drugs. But little is known about antibiotic use in low-income countries.

For the new report, countries submitted data from import and production records, insurance and reimbursement records, physician prescription records and dispensing data from pharmacies. WHO validated submissions and used estimates of the aggregated data as a proxy for antibiotic use. Although the vast majority of data in the new report comes from well-established surveillance programs in Europe, it also includes data from 16 low- and middle-income countries that have recently rolled out the observation programs.

Too Much, Too Little

Amoxicillin and clavulanic acid, a penicillin type antibiotic used in conjunction with amoxicillin under the brand name Augmentin, are the most frequently used antibiotics. These antimicrobials are used to treat common infections.

Consumption of broad-spectrum antibiotics, which have the most potential to cause antibiotic resistance, ranged from less than 20 percent of total antibiotic consumption in some countries to more than 50 percent in others, according to the report. In contrast, so-called “reserve” antibiotics — those only used as a last resort for specific infections against multi-drug resistant bacteria — made up less than 2 percent of total antibiotic consumption. The small number suggests some countries may not have access to these necessary drugs.

“Findings from this report confirm the need to take urgent action, such as enforcing prescription-only policies, to reduce unnecessary use of antibiotics,” Hill said.

The publication was timed to coincide with World Antibiotic Awareness Week.