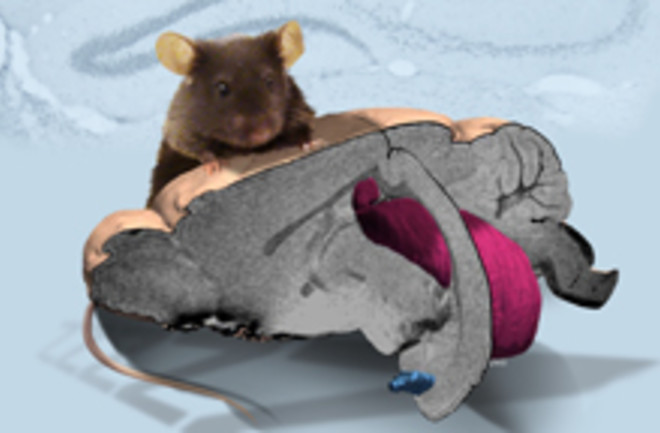 Researchers have found a pharmaceutical way to clear some of the cognitive fog that results from a sleepless night. In a new study using lab mice, researchers corrected the memory problems in sleep-deprived mice through a drug that suppressed levels of a certain enzyme in a brain region called the hippocampus, which plays an important role in memory and learning. The study, published in Nature, helps tease out the specific effects of sleep deprivation on the brain. Says lead researcher Christopher Vecsey:

"One of the main problems is that sleep deprivation does a lot of things to the brain, and it's easy to get caught in a mish-mash of different effects" [Nature News].

In the experiment, two

groups of mice were either allowed to rest over a five-hour period or were constantly disturbed by handling. The sleep-deprived group demonstrated particular problems when it came to performing a basic retrieval test, which they had learned before [BBC News].

When the researchers examined the brains of the sleep-deprived mice, they found that these mice

made more of an enzyme called phosphodiesterase 4 (PDE4). In turn, the surplus of PDE4 caused a shortfall of a compound called cAMP, which is involved in forming new memories in a brain area called the hippocampus [WebMD].

When the researchers gave sleep-deprived mice a drug that stops PDE4 from working, the mice aced their memory tests. While the study appears to point the way toward drugs that could help out sleep-deprived humans, overworked and overstressed people shouldn't be clamoring for a prescription, says sleep specialist Neil Stanley, who wasn't involved in the research.

"We are always going to need drugs for people with serious disorders, but we don't want to end up medicalising lifestyles. We need to go back to basics and think about the way we as a society lead our lives, and the impact this has on our sleep, rather than looking for a cure" [BBC News].