Which Celebrities Are Science-Illiterate Whack Jobs? Find Out Here 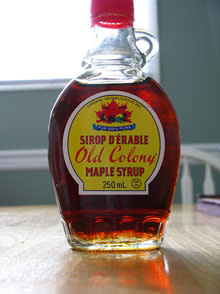 Every year, the Sense About Science group puts out a list of some of the most egregious blunders made in science and medicine during the past 12 months. But they're not talking about surgeons' errors or the research mistakes of lab workers; instead, SAS focuses on celebrities who adopt fad diets and bogus healing remedies, and then spread the nonsense around the world. In 2010, many celebrities--including David Beckham, Robert De Niro, and Shaquille O’Neal--jumped on the "Power Balance" sports fad (don't actually go to that website, it will make you stupider). This absurd system suggests that plastic bracelets and pendants with holograms will optimize the body’s natural energy flow because they're "designed to resonate with and respond to the natural energy field of the body." Sigh, I suppose we actually have to say this: There is no way a hologram could change your athletic ability. The website doesn't even try to explain the company's "science." But just so we cheapies don't all go around strapping our credit cards to ourselves before a long run, Michael Blastland responded to a claim from Shaq (who endorses the product) that the bracelets help him win basketball games. From the SAS report (pdf):

"People have their ups and downs. Sometimes the ups occur when they wear odd socks, sometimes a new bracelet. Give enough bracelets to enough people and some are bound to have a great day. That’s just chance. And when you ask people to report the ups, it’s the ups that tend to be reported. That’s known as selection bias. So maybe it seems to be the bracelet that did it, Shaquille, but most likely it’s chance and selection."

Another interesting celebrity fad is the "Master Cleanse

" diet, in which people live on a "lemonade" made with maple syrup, lemon, and Cayenne pepper (gross) for up to two weeks (they also take laxatives nightly). The diet has been lauded by the likes of Naomi Campbell, Ashton Kutcher, and Demi Moore. In the report

, dietitian Anne Raymond noted that starving from a "cleanse" might actually cause the release of toxins:

"Essentially it’s not cleaning your body--it’s starving it! A severe diet might actually lead to the creation of potentially harmful chemicals called ketones as a result of changes in your metabolism."

There's also a fighter who extols the benefits of "reabsorbing" his sperm, and a pop star who crumbles charcoal over her food. Take a look at the rest of the pseudoscience insanity spewed by celebs this year

if you have time/need a good laugh/are feeling too optimistic about the world. To make it easier on you, the society has distilled the celebrities' main mistakes into four easy to remember points:

Two old chestnuts: - Nothing is chemical free: everything is made of chemicals, it’s just a case of which ones. - Detox is a marketing myth: our body does it without pricey potions and detox diets.

Two new lessons from 2010: - There’s no need to boost: bodily functions occur without ‘boosting’. - Energy and fitness come from… food and exercise: there are no shortcuts.

is a British charitable trust that aims to "respond to the misrepresentation of science and scientific evidence on issues that matter to society," according to its website. The group not only educates celebrities, but also maintains a database of information from scientists about these pseudoscience alternative therapies. Related Content: Discoblog: Crazy Pseudoscience Theory of the Day: Cell Phone Ringtone Can Cure Your Allergies!

Cosmic Variance: American Association for the Advancement of PseudoScience

The Intersection: Who’s Not Vaccinating?

DISCOVER: The 50 Most Important, Influential, and Promising People in Science