Which bedtime stories teach kids to be more honest? (Hint: it's not Pinnochio) 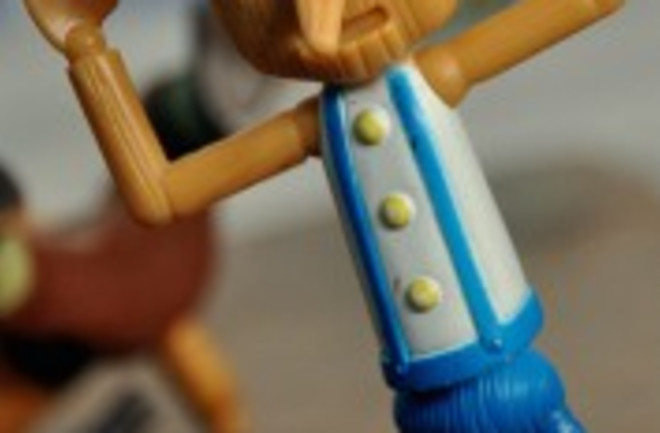 Photo: Flickr/Nestor GalinaHere at Seriously, Science? we love scientific studies that help us make the choices we face every day in normal life, and the research reported here is a fantastic example. The scientists decided to test the commonly held belief that telling children classic "moral stories" will help make them avoid dishonest behaviors. They exposed 268 three to seven year-old children to stories where bad things happened to children who lied ("Pinnochio" and "The Boy Who Cried Wolf"), stories where the main character benefitted from telling the truth ("George Washington and the Cherry Tree"), or a control story ("The Tortoise and the Hare"). They then reminded the children about the main character's good, bad, or neutral behavior, and tracked how often the children lied about whether they peeked at a toy when they were told not to. Turns out that the punishment stories did not change the frequency of lying, but the reward studies reduced lying. So, the moral of the study? If you're trying to teach a child morals, choose bedtime stories featuring the carrot, not the stick.Can Classic Moral Stories Promote Honesty in Children? "The classic moral stories have been used extensively to teach children about the consequences of lying and the virtue of honesty. Despite their widespread use, there is no evidence whether these stories actually promote honesty in children. This study compared the effectiveness of four classic moral stories in promoting honesty in 3- to 7-year-olds. Surprisingly, the stories of "Pinocchio" and "The Boy Who Cried Wolf" failed to reduce lying in children. In contrast, the apocryphal story of "George Washington and the Cherry Tree" significantly increased truth telling. Further results suggest that the reason for the difference in honesty-promoting effectiveness between the "George Washington" story and the other stories was that the former emphasizes the positive consequences of honesty, whereas the latter focus on the negative consequences of dishonesty. When the "George Washington" story was altered to focus on the negative consequences of dishonesty, it too failed to promote honesty in children." Related content: NCBI ROFL: The tooth, the whole tooth and nothing but the tooth: how belief in the Tooth Fairy can engender false memories. NCBI ROFL: Disliked food acting as a contaminant in a sample of young children. NCBI ROFL: Freud's take on doctors treating their own children is (surprise!) disturbing.