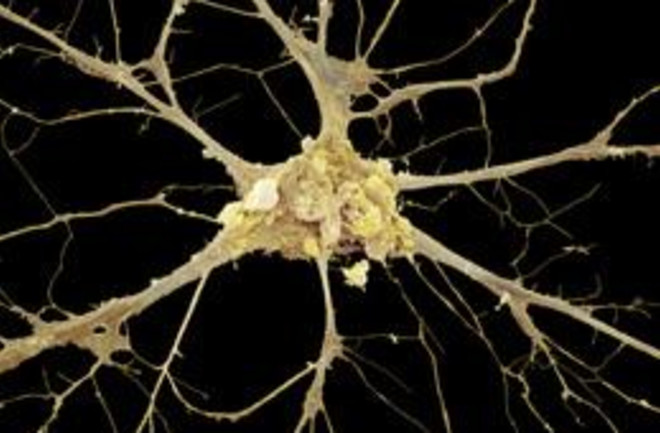 For years, prions have been known only as a serious danger to animal and human health. These misfolded brain proteinshave been linked to fatal diseases--like mad cow disease in cattle and the deadly variant Creutzfeldt-Jakob disease in humans. But apart from causing these diseases, scientists puzzled for years about the exact function of a properly folded prion protein. A new study in Nature Neuroscience may have some answers. After 20 years of research,

an international team of neuroscientists reports that, in mammals, the mysterious proteins help to maintain the myelin sheath that protects the body's nerves [Nature News]. A healthy sheath is necessary for nerve cells to transmit impulses rapidly.

The study, conducted by Adriano Aguzzi and his team at University Hospital of Zurich, Switzerland, observed mice that were bred lacking prion proteins altogether.

By the age of two months, the mice's nerves had lost their protective coating and the mice had become more sensitive to pain. Scientists say this shows that prion proteins (in their properly folded form) play some role in keeping nerve cells healthy, and add that the findings could lead to new research on human diseases that involve the nerves. For example, it could

They found that these mice developed a condition where their peripheral nerves, which connect the limbs to the central nervous system, lost much of their myelin coating [Nature News].

offer a new way of looking at multiple sclerosis, an incurable disease caused by demyelination of nerves in the brain and spinal cord [Nature News].

But there have been other hints that prions play a beneficial role in human health. A few years ago, scientists found that prions could be

safeguarding our brains by preventing neurons from overworking themselves to death [New Scientist].

Another team discovered evidence that prion proteins could play a role in protecting our brains against the neural plaques associated with Alzheimer's, noting

that the more prion protein human brain cells made, the less plaque-forming protein they made, and vice-versa [New Scientist].