Despite the best care, a patient succumbs to a genetically predisposed disease. 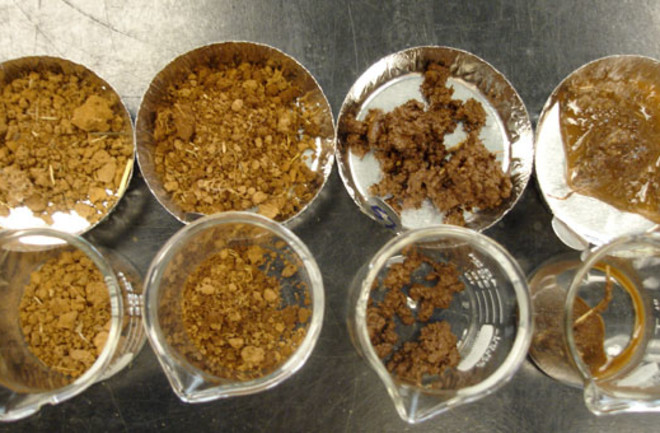 After 30 years in the doctor trenches, every so often I think about patients I desperately wanted to save—and didn’t. At the top of my list is Arthur Lewis. A quiet, well-mannered teenager, Lewis developed a fungal infection that attacked multiple organs. Three years and many treatments later, the fungus claimed his life.

Most infectious diseases are color-blind; their outcome has nothing to do with their hosts’ hue. But Lewis’s illness, coccidioidomycosis, was different. His African American ancestry put him at special risk for the battle he bravely fought and lost.

His struggle reminds me of a basic truth in medicine. Although excellent care can tip the balance between life and death, in some cases patients have genetic vulnerabilities that all the high-tech care in the world simply cannot conquer. Genes aren’t everything when it comes to coccidioidomycosis, a rare soilborne illness that can be acquired by inhaling dust. Other variables (like the dose of inhaled organisms, underlying lung anatomy, and subtle or overt immune problems) also influence the course of the illness. But genes can gravely color the outcome. Some patients with acute coccidioidomycosis experience a short-lived infection that takes no more of a toll than the flu. In other cases, patients develop a chronic hacking cough, unexplained rashes, and joint pain. Many patients do not require specific treatment, but those who do can have tragically different outcomes.

Before I tell Lewis’s story, I’ll start with another man with the same infection and racial risk—and a happier ending. The year was 1985; the place, Van Nuys, California. A lanky African American in gym shorts and T-shirt practically bounded into the waiting room of the clinic where I worked, his mood and dress worlds apart from our usual clientele. Back then, most of our patients had HIV, tuberculosis, or a complication from IV drug abuse. When we opened our doors at 7:30 a.m., the AIDS sufferers were bundled in sweaters, the TB folks (hard-working immigrants, for the most part) wore everything from painters’ pants to saris, and the drug addicts had not yet arrived.

Through a window I peered at the lively newcomer and wondered: What brings you here, stranger? During my time as the sole infectious-diseases specialist at this small county outpost, no one ever visited our weekly clinic unless they had to. Ten minutes later, in an exam room, we learned Luke Jackson’s reason for coming.

The 34-year-old coach and substitute teacher told us that a month earlier, he had noticed a small crusty patch, roughly the size of a nickel, on his left flank. Lacking health insurance, he consulted our county dermatologist. No, it wasn’t cancer, he was told, and it didn’t look like eczema or psoriasis either. So Jackson agreed to a standard skin biopsy that took five minutes from start to finish, then forgot all about it.

Until a couple of weeks later, that is, when a dermatology clerk called and referred him to me. Something surprising had shown up on his biopsy. “I think she called them…spherules?” Jackson said, wrinkling his brow. “Frankly, Doc, I began to feel like a pod person from Invasion of the Body Snatchers. What the heck is a spherule?”

I imagined Jackson’s spherules—micro­scopic cysts stuffed with endospores—and realized why the clerk had used this word from the pathology lab report rather than the tongue-twisting term Coccidiodes immitis, the fungus responsible for Jackson’s tiny cluster bombs.

So far, so good. By the time they finished their rotation with me, every resident at my hospital had seen one or two patients with “cocci,” also known as valley fever—a label that harks back to the disease’s early discovery in California’s San Joaquin Valley. There, as in other semiarid pockets of the American Southwest, inhaling spore-laced dust was the usual way that humans (and the occasional pet dog) contracted C. immitis. Small outbreaks sometimes followed windstorms or earthquakes. For example, Ventura County, just north of Los Angeles, reported 203 cases of cocci, three of them fatal, after the January 1994 earthquake centered in Northridge. However, an earthquake was not to blame for Jackson’s infection. As a jogger and trail biker, he was a perfect candidate for ordinary exposure through dust inhalation.

The problem was that his case was far from the classic, quickly forgotten flulike variety. On the contrary, his single skin lesion teeming with cocci spherules confirmed a far more ominous scenario: After silently proliferating in Jackson’s lungs, fungal spores had traveled through his bloodstream and had been deposited in his skin.

Inwardly I shuddered. At that very moment, countless more spores could be incubating and multiplying in his prostate, lymph nodes, bones, or brain.

The unique susceptibility of certain dark-skinned people (Filipinos and African Americans in particular) to disseminated cocci—for reasons that are still not under­stood—has been common knowledge among infectious-diseases specialists for decades. In 1940 a landmark article in the American Journal of Public Health reported that African Americans were 23 times more likely to die of coccidioidomycosis than whites were. More recently, similar research in two California counties confirmed that, compared with their Caucasian counterparts, African American men stand a tenfold to thirtyfold increased risk of falling victim to the disease.

In some cases, patients have genetic vulnerabilities that all the high-tech care in the world simply cannot conquer.

The day I met Jackson, I asked myself: Do I really need to share these grim statistics with him? The bottom line was that he needed treatment. Once he grasped that fact, he quickly agreed to our best shot. Amphotericin B, an antifungal drug privately called “ampho terrible” by many former recipients, is just as noxious as its nickname suggests, but it did its job. After two months of infusions, Jackson was out of the woods. I still have the Betty Boop coffee cup he gave me as his parting gift.

Now back to Arthur Lewis. Ten years after treating Jackson, I met Lewis at the university medical center where I now work. A 17-year-old high school student who had just been transferred from another hospital, Lewis presented in far worse shape than Jackson: febrile, emaciated, doubled over in pain. Not only did he have scattered fungal scabs on his skin, but his scans showed multiple abscesses in his liver and spleen. Even more discouraging was his record of prior treatment. By the time I saw him, he had already received the same total dose of amphotericin B that had cured Jackson.

Over the next week, Lewis wasn’t dying, but he had little energy or appetite and even less motivation to study the textbooks next to his bed. Meanwhile, my team pushed his daily amphotericin dose while adding newer antifungal drugs to his regimen. We also tried immunologic therapies such as interferon and something called granulocyte-monocyte colony stimulating factor, a bioengineered molecule meant to boost Lewis’s ability to mount a strong immune-cell attack against C. immitis. Eventually his body temperature normalized, his pain abated, and he went home on long-term oral treatment. We hadn’t won the war, but we had made progress. Lewis felt well enough to start college in a nearby state.

My contact with him was sketchy for a year or two until I received a call from a doctor at his college. Lewis had never before complained of headaches, but now he was having migraines. Or so his doctor thought; I wasn’t so sure. Soon after, a CT scan and a spinal tap confirmed my worst fear. The fungal infection had invaded the base of his brain, producing cocci meningitis.

Over the next year, Lewis received amphotericin directly into his spinal fluid via a special injectable reservoir. The treatment helped, but only for a while. In the last months of his life—like so many patients with an incurable disease who continue to receive maximal high-tech care—Lewis experienced one complication after another, and he was in the ICU more than once. Finally he had a full-blown cardiac arrest and was gone.

Toward the end Lewis knew he was dying. But one thing brought him joy. While at school he had fathered a child. Despite his tragic downward spiral, talking about his little girl always brought a smile to his face.

In fact, a few months before he died, Lewis brought his gurgling daughter—the image of health and hope—to my outpatient office. As I sat her on my knee and gazed into her shining brown eyes, I couldn’t help but wonder what science might someday reveal about her father’s fateful genes—and perhaps her own.

Claire Panosian Dunavan is an infectious-diseases specialist at UCLA Medical Center and past president of the American Society of Tropical Medicine and Hygiene. The cases in Vital Signs are real, but names and certain details have been changed.