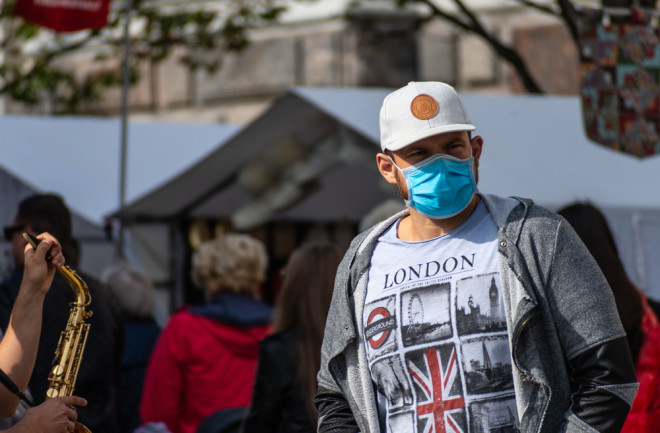 Scientists are scrambling to understand the potential threat from new strains of SARS-CoV-2 that first emerged in the United Kingdom, Brazil and South Africa. The strains share some genetic changes that appear to amplify the virus’ ability to infect humans, giving these strains an evolutionary advantage over other forms of the novel coronavirus.

“Viruses mutate,” says Galit Alter, virologist at Harvard University School of Medicine. “It is totally normal to see more mutations occur. If [SARS-CoV-2] didn't mutate, that would be weird.”

Sometimes mutations, or alterations to a virus’ DNA, can be neutral. Other times, they are detrimental to the strain’s ability to infect. In the case of these three variants, they can confer an advantage. Specifically, it appears that modified spike proteins in these viruses bind more tightly to the ACE-2 receptor on human cells, leading to infection in the body.

Alter says the good news is that the new strains do not make individuals sicker than the previous strains did — though it’s possible future mutations could. “What we're hoping is that we're never going to get close to the pathology that we saw with SARS or MERS,” she says. “That was scary.” With those viruses, death occurred more frequently — a mortality rate of 11 percent for SARS and 35 percent for MERS, compared to just 3.4 percent for SARS-CoV-2.

The bad news, however, is that the new strains have a 50–70 percent higher infection rate, which means that the world could see an explosion of COVID-19 cases. That would lead to more deaths, simply by the sheer fact that such a large pool of people would contract the virus, says Stuart Ray, an infectious disease specialist at the Johns Hopkins University School of Medicine, “When you have a 50 percent increase, after a few months, you'll have tenfold more infected,” he says, pointing to the United Kingdom, the epicenter of one of the new more infectious strains, where rates of people with COVID-19 have soared in the past months.

The silver lining, Ray says, is that the United Kingdom has seen a recent drop in cases in southeast England, despite the presence of the new variant. “There’s no chance that vaccinations caused that dip,” he says. “It’s almost entirely due to conventional restrictions on spread that we already have, like masking, distancing, you know, limitation of travel, that sort of thing.”

Both researchers say the new strains could also affect herd immunity, the percentage of vaccinated people needed to stop the spread of disease, and vaccine efficacy. Herd immunity levels vary by disease: For measles, it’s a 95 percent immunization rate whereas for polio it’s around 80 percent.

Scientists don’t know exactly what percentage of vaccinated people must be reached to achieve herd immunity to SARS-CoV-2. But as the infection rate rises, so does the threshold for herd immunity, Ray says. That's because the more communicable a pathogen is, the faster it spreads through the general population, increasing the portion of the population that must be immune in order to block its transmission to anyone who remains susceptible. On the other hand, we can all help lower that threshold and the rate of spreading by wearing masks and taking other precautions.

The scientists’ other concern is how the new strains could affect vaccine efficacy. Alter says virologists are holding their breath to see what happens in some of the latest vaccine trials such as Johnson & Johnson’s ENSEMBLE trial for the company’s vaccine and a trial for Novavax’s NVX-CoV2373 vaccine. “They’re running those trials in the setting of all these variants that are popping up,” she says. “So we’ll have more information when they (share results) in a few weeks.”

If these new strains or future ones end up having the ability to get around the vaccines, making them less effective, then scientists may have to change out the antigen sequence in the shots. Alter says that could potentially slow down the vaccination effort because regulatory approval is only for the current antigen sequence vaccines. “Would we have to wait a whole year or could we somehow work with the FDA and other regulatory bodies to bring this together faster?” she asks. “Those are considerations we have to think about.”

Ray, though, is optimistic that current vaccines will remain potent against these recent variants, and, if and when the antigen sequence needs to be switched out, the government will move quickly. In the meantime, he says, the pubic needs to listen to public health workers.

“If you get functional fear from this, that motivates you to [be more vigilant],” he says, “then that’s good.”