What Is The Difference Between Delta 8 THC and Delta 9 THC? 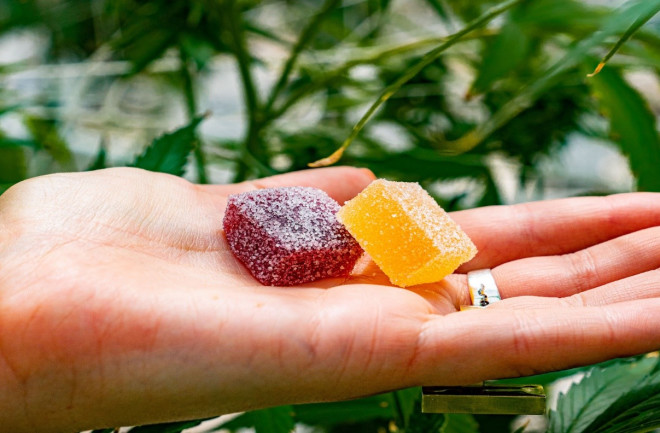 This article contains affiliate links to products. Discover may receive a commission for purchases made through these links.

Many people seek out THC for the numerous benefits that it provides, although it’s also popular on a purely recreational level. However, there might be some confusion about the different types of THC that are available now.

What’s the big difference between Delta 8 THC and Delta 9 THC? In this article we set the record straight about these two cannabinoid compounds.

Delta 9 THC is a major cannabinoid that can be found in abundance in cannabis. Extraction is usually fairly cheap and simple as a result. It tends to be derived from marijuana plants specifically.

On the other hand, the extraction of Delta 8 THC requires a great deal more effort. That’s because Delta 8 is a minor cannabinoid. Cannabis produces so little natural Delta 8, it’s not worth the immense effort to extract it.

Luckily, there’s another way to produce Delta 8. It was found that Delta 8 can be synthesized entirely from CBD with the use of solvents. While the conversion process can be a bit pricey, it has made creating Delta 8 products much easier. As a result, most Delta 8 comes from hemp rather than marijuana. It also ensures that their concentrations contain under 0.3% Delta 9 THC, which is the threshold required for federal legality.

One of the major differences between Delta 8 THC and Delta 9 THC is the effects that they produce. This is typically the deciding factor for most people who are uncertain about which one they want to take.

Delta 9 is considerably more potent than Delta 8. Some believe it to be about twice as strong overall. Side effects are also more considerable with Delta 9. These can include paranoid delusions, mental fog, impaired motor skills, and increased feelings of anxiety.

In comparison, Delta 8 is reported to provide a much easier experience. Most users feel a great sense of calm and clarity. Many have reported a definite “high” to the experience, but not enough to impair the ability to form coherent thoughts or focus on activities. Instead, you simply feel more relaxed and less burdened by stress.

The length of time it takes to feel the effects also separates Delta 8 and Delta 9. Delta 8 works slowly and gradually as it eases users into a more mellow state. Meanwhile, Delta 9’s onset is more rapid and instantaneous.

The two cannabinoids are pretty similar in terms of products. They can be smoked as a flower, inhaled through vaping, or consumed in edible form. There’s also a wide variety of topicals, capsules, tinctures, edibles and other products.

As you probably know, marijuana is not legal on a federal level within the United States. The push for legality has been largely left up to the individual states. So far 34 states have legalized it for medical or recreational use.

The legal fate of Delta 9 THC has been directly affected as a result. Any amounts over 0.3% are not legal at a federal level, and the state level depends entirely on their local marijuana laws.

However, Delta 8 is still technically legal on a federal level. That's because of the ambiguities of the 2018 Farm Bill, which legalized hemp production. There is nothing within the bill that prohibits deriving Delta 8 from hemp and creating products with the compound.

The psychoactive nature of Delta 8 has prompted a fair number of bans at the state level, though. Currently there are 15 states that restrict the sale and use of Delta 8 products, with another 6 states where legal action is pending.

So while Delta 8 is more widespread at the moment than Delta 9, how long that will last has yet to be determined.

If you happen to live in a state where you can safely buy and consume Delta 9 THC, then congratulations. Head on down to your local dispensary to get what you need. Online options are a bit more limited though, given that shipping across state lines is prohibited.

The availability of Delta 8 is a different situation. Since it's federally legal, Delta 8 can be shipped across state lines. So there are a lot more online retailers for Delta 8 products as a result. However, most reputable companies will not ship to states where Delta 8 is illegal for obvious reasons.

Delta 8 can also be bought from physical locations. This is where you might want to exert a degree of caution.

For instance, you probably don’t want to buy it from a gas station or any sketchy shops. Like other supplements, Delta 8 products are not regulated by the FDA, which means there’s an abundance of low quality products that could contain a myriad of unwanted impurities.

Whenever you buy Delta 8, it should be by a recognizable and trustworthy brand. If they don’t have a website with information about their production process, as well as lab results available on demand, then you should dismiss them entirely. For more info and options to buy can be found here.

The choice between Delta 8 THC and Delta 9 THC ultimately comes down to your personal needs and desires. While they share a handful of similarities, there’s enough considerable differences between them to set them apart.

While Delta 9 might be considered the “classic” choice by some within the cannabis community, Delta 8 has been quickly gaining in popularity due to its milder effects and legal availability. In time it might even become the preferred form of THC for most users.

Sponsored
More From Discover
Health
Can You Overdose on Marijuana?
Health
Are Fake Meat Products Good for You?
Health
3 Steps To Get Tight & Toned For A Lasting Transformation
Health
Ibogaine: The Psychedelic Drug That Could Fight Addiction
Health
Hugging Is an Evolutionary Tool for Survival
Health
The Other Magic Mushroom: Why a Canadian Startup Is Suddenly Interested in the Fungus From Super Mario
Recommendations From Our Store
My Science ShopCosmos: Possible Worlds
My Science ShopStrange Science
My Science ShopEinstein's Universe
My Science ShopElements Flashcards
Shop Now
Stay Curious
Join
Our List