What Is, Scientifically, the Most Annoying Sound?

A sound engineer and psychologist explains the psychoacoustics behind the noises that make our skin crawl. Nails on a chalkboard, we're looking at you. 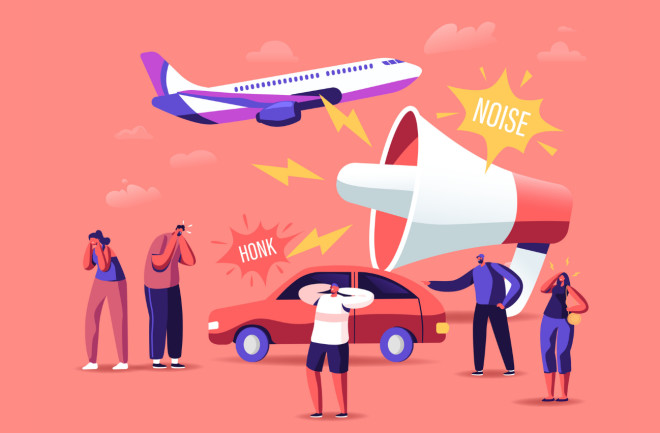 What’s the most annoying sound you can think of? For Susan Rogers, it’s her cell phone.

Its jingle harks back to her days as a mixer and sound engineer for the famed musician Prince, when middle-of-the-night calls on her landline jolted her from sleep and beckoned her into the studio. Those sleepless recording sessions may have fostered mega-hits such as “Purple Rain” and “Around the World in a Day,” but they did little to shake her distaste for ringtones. “Learned aversions,” Rogers says. “I hate the sound of a phone ringing!”

These days, along with myriad Grammy nominations, Rogers holds a doctorate in psychology and teaches at the Berklee College of Music in Boston. Her research focuses on auditory memory and psychoacoustics, the study of humans’ psychological responses to sound — especially the ones that make our skin crawl.

To understand what annoys us, Rogers says, we must first grasp the two pathways that shape our perception of sounds. The first is “the funny, weirdo shape of our ears.” It makes us incredibly sensitive to frequencies between one and five kilohertz (kHz), a range that encompasses the various sounds of human languages and allows us to discern between consonants and vowels — an essential element of our evolution and survival.

The second hearing pathway is learned, rather than built into our biology; as we mature, social context shapes our emotional responses to certain sounds. It’s not a surprise, then, that a ringtone associated with waking from sleep becomes irksome. This is explained by psychological stress theory, which hypothesizes a stronger fight or flight reaction to sounds we can neither control nor predict: loud chewing, for example, or a relentless car alarm.

During quarantine, when many people felt trapped inside their homes, this theory became more relevant than perhaps ever before. A recent study found that indoor noise (the sounds of our neighbors talking or roommates watching TV) complaints were reported more than twice as much during the pandemic as compared to before.

These two hearing pathways overlap most impressively for sounds coming from within our own bodies. “The sounds we make with our bodies that would be associated with social embarrassment,” Rogers says. “[The sounds] that get you to think, ‘Oh no, that was awful!’ An automatic feeling of disgust. Vomiting is a perfect example.”

Dry heaving, gagging, hurling. Not only do we discern these bodily tones loud and clear, as they fall within the previously established kilohertz range, but their social connotations are cringe-worthy. Each sonic faux pas triggers a region in the front of the brain called the insula cortex, which, functioning in self-awareness and empathy, immediately fires up spindle neurons — cells that play a key role in socialization.

But what about our responses to the high-pitched wail of nails on a chalkboard? A baby crying? Squealing brakes? Research points to equal-loudness contours, an important concept that informs musical acoustics and microphone design and explains the biological sensitivity of the human ear.

According to the contours, humans perceive the volume of sounds differently. Lower frequencies — think a deep bass guitar or rolling thunder — must be played at higher decibels, or higher volumes, for a human to hear, whereas higher frequencies can be heard at lower decibels. A 200 Hz bass solo at 12 decibels is heard nearly as well as a 1000 Hz bicycle bell at just three decibels.

The noises that become excruciating for humans, then, are explained by the contour’s sudden dip between two and five kHz. For example, a high-pitched scream or instrument at four kHz is audible at just negative two decibels. This is why a 12-decibel scratch of nails on a chalkboard sounds much louder than a clap of thunder at the same volume.

Humans are hardly the only species that possesses a delicate relationship with sound. Scientists continue to learn more about other social mammals, such as whales and dolphins, who communicate within a distinct frequency range and exhibit increased neural activity in response to certain noises. For these critters, however, consequences can be more than a slight annoyance.