We're Throwing Away Too Many Viable Kidneys, Study Suggests 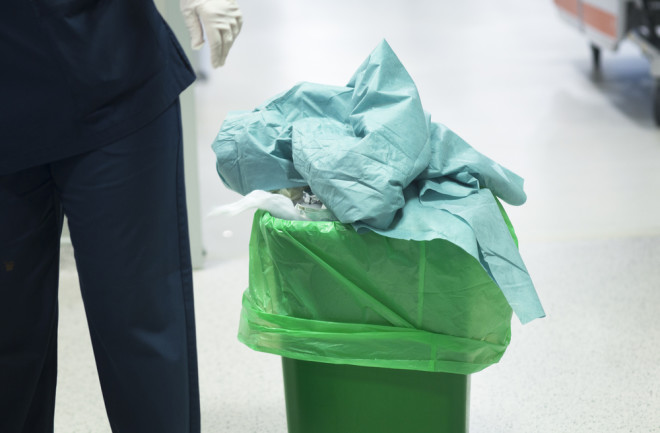 (Credit: Shutterstock) Researchers found that thousands of potentially usable kidneys have gone to waste across the United States in recent years, leaving many patients waiting unnecessarily for transplants. The study, published Thursday in the Clinical Journal of the American Society of Nephrology, highlights inefficiencies in the transplant system. According to data collected over the past 15 years, in roughly 7,600 unilateral kidney transplants—those in which one kidney was used and one discarded—about 5,000 of those thrown out could have been transplanted successfully. “We really have the potential to save and improve a lot of lives,” said Syed Husain, a nephrology fellow at the Columbia University Medical Center and one of the study’s authors. “I don’t think there are many other places in medicine where a life-saving treatment gets wasted.” About 100,000 people need kidney transplants, and patients currently wait five to seven years on average. But Sumit Mohan, an associate professor in the Columbia University Medical Center and another of the study’s authors, envisions a system efficient enough to match transplants to patients within just two or three years. This would require cutting overall kidney discard rates from 20 percent to below 5 percent—no small task. Mohan said Europe performs at about this level. “For the people on the waitlist that would be a huge game changer,” he said.

Some kidneys are turned away for good reason. But a shift to labeling kidneys by quality in the early 2000s made transplant centers wary of using organs deemed subpar, Mohan said, even though they may be adequate for older patients. Then in 2007, he said, the federal government began measuring centers based on transplant success, creating an incentive to use only the most viable kidneys. There is no oversight to ensure they accept and provide as many transplants as possible. “They’re unwilling to take on the risk associated with anything that is not perfect,” Mohan said. If they were judged also on the number of organs they discarded, Husain suggested, transplant centers would let fewer kidneys slip through the cracks. Better education on what constitutes a good and bad kidney would also help. Many assessments are based on biopsy reports, though Husain noted numerous studies have shown this isn’t a good predictor of organ quality.

Failed Transplant Better than Waiting Years for the Perfect Organ?

As it stands, just a fifth of centers perform nearly 60 percent of unilateral transplants. Among them, Mohan said, is Columbia University—also one of the institutions involved in the study. “A lot of times we get organ offers that have been turned down by 50 other centers,” he said. “But we transplant those kidneys, and those kidneys go on to do extremely well. To me, that’s a failure on every other center before us.” Faster transplants of good-enough kidneys are far better than waiting years for the perfect organ, the researchers argue, even considering the risk of transplant failure. For patients, more kidneys mean fewer deaths, a shorter wait, and less time on dialysis, which harms future transplant function. Mohan said the high discard rate has far-reaching consequences for the transplant community. It could deter people from donating kidneys, and those who need them certainly would not be impressed with the wastefulness. The study does not account for the pairs of kidneys inappropriately discarded together, or for those that are never even harvested. Mohan said they are just starting to look into these issues, but he guesses the figures are likely in the thousands as well. “Patients who are waiting for these organs would be outraged, and rightfully so. I think we’re making a mistake by throwing these kidneys away,” he said.