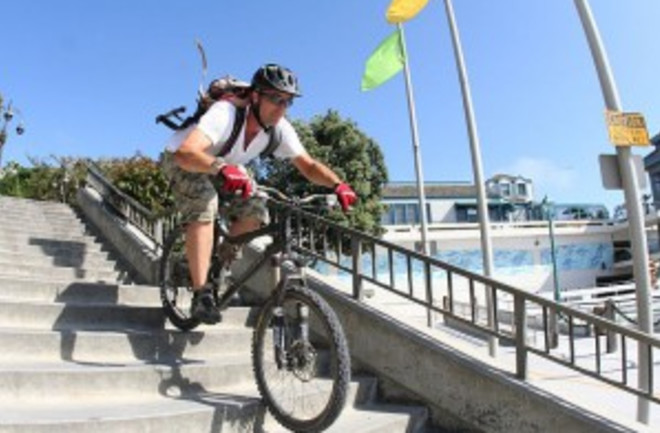 Humans are funny creatures. We go to great lengths to prolong our lives and prevent injury, from taking multivitamins to wearing bicycle helmets. Yet, as this study shows, these same behaviors actually make us feel so invulnerable that we take more risks than we would otherwise. Here, the researchers showed that even people NOT riding bicycles were more likely to take risks if wearing a helmet rather than a baseball cap. Not only that, but they take risks that would not be made safer by wearing the helmet (e.g., risking money in a video game). A similar study found that people who had taken a multivitamin were more likely to want to eat junk food an exercise less. Maybe we'd all be better off just taking our chances?

Wearing a Bicycle Helmet Can Increase Risk Taking and Sensation Seeking in Adults "Humans adapt their risk-taking behavior on the basis of perceptions of safety; this risk-compensation phenomenon is typified by people taking increased risks when using protective equipment. Existing studies have looked at people who know they are using safety equipment and have specifically focused on changes in behaviors for which that equipment might reduce risk. Here, we demonstrated that risk taking increases in people who are not explicitly aware they are wearing protective equipment; furthermore, this happens for behaviors that could not be made safer by that equipment. In a controlled study in which a helmet, compared with a baseball cap, was used as the head mount for an eye tracker, participants scored significantly higher on laboratory measures of both risk taking and sensation seeking. This happened despite there being no risk for the helmet to ameliorate and despite it being introduced purely as an eye tracker. The results suggest that unconscious activation of safety-related concepts primes globally increased risk propensity." Related content: You might think helmets make you look stupid, but do they actually make you stupid?People are more suspicious when things smell fishy… literally.NCBI ROFL: I just had donuts for dinner and went on a cocaine binge, but it's ok — I took a multivitamin!