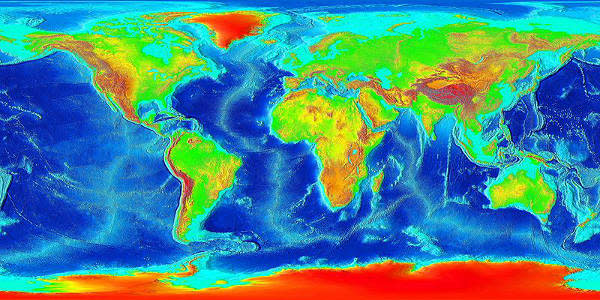 Most people are aware that altitude imposes constraints on individual performance and function. Much of this is flexible; athletes who train at high altitudes may gain a performance edge. But over the long term there are costs, just as there are with computers which are 'overclocked.' This is the point where you make the transition from physiology to evolution. Residence at high altitude entails strong selective pressures on populations. Over the past few years there has been a great deal of exploration of the genetics of long resident high altitude groups, theTibetans, Peruvians, and Ethiopians. Why is high altitude adaptation of interest? First, it's clear and distinct. Coding the two phenotypes is not that difficult. Second, the adaptive value is clear. Though people can survive at high altitudes, most do not flourish. And third, you have several distinct populations which are phylogenetically diverse. In other words, you can test evolution across multiple lineages, and see if the phenotypic and genetic features resemble each other, or differ. To some extent we know the answer: though there are overlaps, altitude adaptations differ both in their physiological presentation, and in their genetic architecture. Because it is such a powerful force, the shape of adaptation to high altitudes gives us a better sense of the arc of evolution across diverse populations and times. With all that under our belt, I have to admit that a new paper in PLoS Genetics, The Genetic Architecture of Adaptations to High Altitude in Ethiopia, is quite peculiar in my opinion. To not put too fine a point on it, it seems hurried and confused. Granted, from what I can gather the authors confirmed the likelihood that the genetic architecture of high altitude adaptations in Ethiopian populations is such that variance exhibits a more polygenic character, resulting in weaker ability to detect genes of large effect. But if you read the paper you notice that they go off on a particular tangent on the adaptation to diseases on immune loci. Much of the work over the past 10 years on recent evolution in humans has focused on immune response, so I don't see why that was necessary for the broader paper. Additionally, there's one element which I think needs to be explored more: the phylogenetic history of the Ethiopian people. The paper makes the blithe assertion that Ethiopians have been resident in the highlands of that nation for tens of thousands of years, but the latest research is that that just isn't so. In short, it may be that Ethiopians as we understand them are recent compounds of a long resident Sub-Saharan African population and West Eurasian migrants. I'm not sure that this necessarily impacts the high altitude adaptations, as the admixed populations would presumably inherit the alleles from the local residents if they did not exterminate them. But, it does seem to complicate the story that you'd want to tell. Overall, I think this sort of paper, which follows on the heels of other work, should have been presented in a more explicitly evolutionary context. If these adaptations are old, then there may be many variants in the highlands of Ethiopia. In contrast, the Peruvian adaptations are presumably new, and from what I have been told they are more like improvisations on the fly. In a way the spectrum of subtly of adaptation, with Ethiopians being the most nuanced, and Peruvians the least (which Tibetans in the middle), gives us a sense of the different power of evolution on the scale of 50,000 years vs. 10,000 years. Additionally, the region around Ethiopia has long been inhabited by hominins. No prior population was resident on the Altiplano before the arrival of the first Amerindians ~10,000 years before the present. I'm hoping that the Nielsen Group comes out with a better paper. I know they're going to revisit the topic of altitude adaptation (so I was told at ASHG 2012). Citation: Alkorta-Aranburu G, Beall CM, Witonsky DB, Gebremedhin A, Pritchard JK, et al. (2012) The Genetic Architecture of Adaptations to High Altitude in Ethiopia. PLoS Genet 8(12): e1003110. doi:10.1371/journal.pgen.1003110