Want to perform better at sports? Just remember you're going to die. 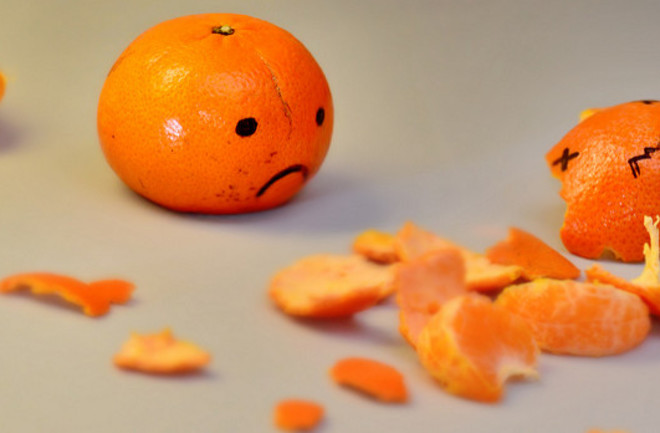 Photo: flickr/kev-shineThe Cleveland Indians' performance in last night's World Series game might have been improved by the findings of this study. Here, a group of psychology researchers found that reminders of death (e.g., an observer wearing a t-shirt with a skull and the words "death" on it) improved players' performance in basketball. Apparently, this reminder of your own mortality actually serves a purpose in improving self esteem, because "part of the basic human motivation to participate in culture and pursue self-esteem is to quell concerns about mortality and gain a sense of protection from and transcendence of death." So the next time you're at your favorite team's game, just yell "You're going to die!" to help them win. What could possibly go wrong?He Dies, He Scores: Evidence that Reminders of Death Motivate Improved Performance in Basketball "This research applied insights from terror management theory (TMT; Greenberg, Pyszczynski, & Solomon, 1986) to the world of sport. According to TMT, self-esteem buffers against the potential for death anxiety. Because sport allows people to attain self-esteem, reminders of death may improve performance in sport. In Study 1, a mortality salience induction led to improved performance in a “one-on-one” basketball game. In Study 2, a subtle death prime led to higher scores on a basketball shooting task, which was associated with increased task related self-esteem. These results may promote our understanding of sport and provide a novel potential way to improve athletic performance." Related content: The funniest stand-up comedians are more likely to die young.Want to live three years longer? Just win an Olympic medal.Flashback Friday: Holding a live crocodile can make gambling problems worse.