Want to know how long you'll live? Ask your friends! 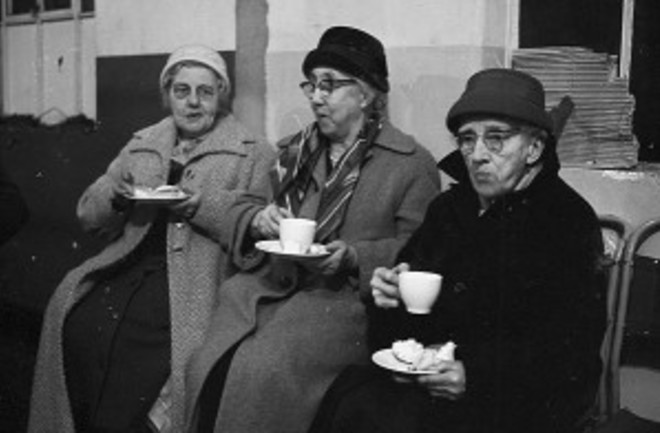 Photo: flickr/llgcIt's been known for a while that personality traits are associated with lifespan--for example, several studies have found that a positive attitude can help you live longer. But many of these studies use self-reported measures of personality, and these researchers wanted to know whether personality traits reported by others might actually be more accurate. To test this hypothesis, they took advantage of data from a 75-year-long study that followed 600 participants starting in 1935 and continuing all the way through 2013. It turns out that personality ratings by friends were more accurate at predicting longevity than self-reports: men who were seen by their friends as conscientious and open lived longer, whereas emotional stability and agreeableness were linked to longer lifespan in women. So there you have it: your friends might just know you better than you know yourself.Your Friends Know How Long You Will Live: A 75-Year Study of Peer-Rated Personality Traits "Although self-rated personality traits predict mortality risk, no study has examined whether one’s friends can perceive personality characteristics that predict one’s mortality risk. Moreover, it is unclear whether observers’ reports (compared with self-reports) provide better or unique information concerning the personal characteristics that result in longer and healthier lives. To test whether friends’ reports of personality predict mortality risk, we used data from a 75-year longitudinal study (the Kelly/Connolly Longitudinal Study on Personality and Aging). In that study, 600 participants were observed beginning in 1935 through 1938, when they were in their mid-20s, and continuing through 2013. Male participants seen by their friends as more conscientious and open lived longer, whereas friend-rated emotional stability and agreeableness were protective for women. Friends’ ratings were better predictors of longevity than were self-reports of personality, in part because friends’ ratings could be aggregated to provide a more reliable assessment. Our findings demonstrate the utility of observers’ reports in the study of health and provide insights concerning the pathways by which personality traits influence health." Related content: NCBI ROFL: Damn girl, you're so hot, it makes me aware of my own mortality.NCBI ROFL: Early to bed and early to rise: Does it matter?NCBI ROFL: Canine analogs of human personality factors.