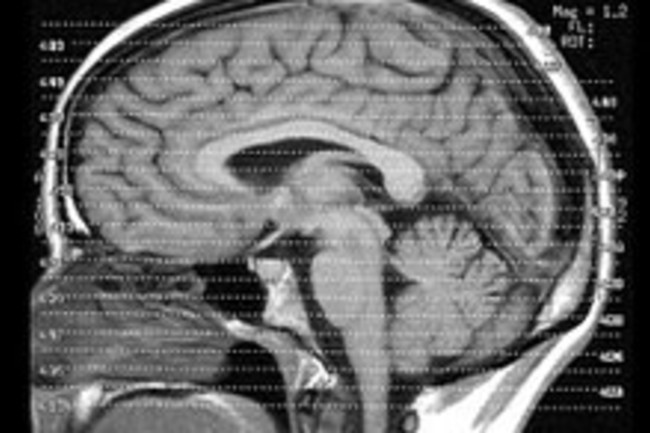 Neurosurgeons might soon be able to say goodbye to the scalpel: A new technique uses ultrasound waves to remove parts of the brain. High-intensity ultrasound—a different type than what's used in prenatal screening—heats up parts of the brain, thereby killing sections of tissue that are damaged. Similar technology is already used to obliterate uterine fibroids, but until now, it's been difficult to harness the technique for brain surgery, because the skull interferes with the waves. According to Technology Review:

The...device consists of an array of more than 1,000 ultrasound transducers, each of which can be individually focused. "You take a CT scan of the patient's head and tailor the acoustic beam to focus through the skull," says Eyal Zadicario, head of InSightec's neurology program. The device also has a built-in cooling system to prevent the skull from overheating. The ultrasound beams are focused on a specific point in the brain—the exact location depends on the condition being treated—that absorbs the energy and converts it to heat. This raises the temperature to about 130 degrees Fahrenheit and kills the cells in a region approximately 10 cubic millimeters in volume. The entire system is integrated with a magnetic resonance scanner, which allows neurosurgeons to make sure they target the correct piece of brain tissue.

According to the study, scientists tested the technology on nine people with chronic, debilitating pain that didn't respond to painkillers. The subjects' pain dissipated soon after the procedure, and they were up-and-at-'em soon afterward. Ultrasound could also potentially be used to treat other brain disorders, such as Parkinson's disease. Related Content: Discoblog: Brain Surgery Enables Woman to Run 100-Mile Races Discoblog: Why Michael Jackson Might Be Buried Without His Brain Discoblog: Military Members to Donate Their Brains to Science Discoblog: Will Drilling a Hole in Your Head Cure Alzheimer’s?