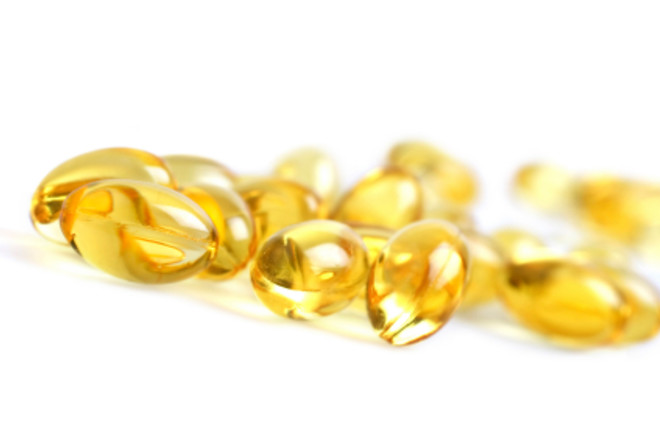 After two years of work developing new guidelines to tell us how much vitamin D and calcium is enough, the Institute of Medicine released its report this week with the basic message: Relax, you're all doing pretty well. Yet confusion still reigns in headlines about the report, as there are several different facets to the new standards (and the reaction to them). The new report also seem to contradict earlier, alarming studies that found vitamin D deficiencies in most Americans. So, what's going on? Most people are doing just fine IOM looked at both Vitamin D and calcium intake for different age groups, and slogged through hundreds of studies of the levels of those nutrients versus health. The only group that was found deficient was adolescent girls, whom the researchers said should intake a little bit more calcium.

The panel said its findings challenged the notion that, when it comes to dietary nutrients, "more is better" — a belief that has inspired a multibillion-dollar market for dietary supplements in the United States. Americans spent $1.2 billion last year on calcium supplements and $430 million on pills containing vitamin D, according to the Nutrition Business Journal. [Los Angeles Times]

Ohio State oncologist Steven K. Clinton, a coauthor of the report, says most people have enough variety in their normal diet to get adequate amounts of both nutrients. New findings? Not convincing enough The reason that gigantic supplement market exists is that a number of studies have suggested

vitamin D—found in some foods but mostly produced in your skin by the action of ultraviolet radiation—could help to prevent diseases like cancer, heart disease, diabetes, and more. But in its meta-review of vitamin D studies, IOM wasn't convinced. Its report reinforced the traditional wisdom that vitamin D is crucial for skeletal health, but wouldn't go further in determining healthy levels.

“We had to look at the totality of the evidence,” says Patsy Brannon, a molecular nutritionist at Cornell University, who served on the panel making the new recommendations. The panel scoured studies showing vitamin D’s effects on other health problems. “For each of those other health indicators,” Brannon says, “we found very limited randomized control trials.” ... The trials they did find didn’t establish cause and effect or clarify beneficial doses for other conditions, she says. [Science News]

That doesn't mean Vitamin D can't help against those other health problems. It means one or two studies don't prove the case, and Clinton says the connections between vitamin D and fighting those other problems were much more tenuous than he imagined going in:

"What we have are intriguing other areas that warrant research," he said. "Yet the data at the moment is insufficient with regards to defining an appropriate intake. Bone health is the primary outcome." [HealthDay News]

The numbers, and the testing, are confusing Figuring out vitamin D levels is confusing for several reasons. First, the IOM's new standards don't even match up to their old ones in what they're telling you:

The updated daily recommendations are not directly comparable to previous sets, which were established in 1997 and are based on "adequate intakes" rather than on the newer recommended dietary allowance and estimate average requirement. Catharine Ross, chair of the IOM's review committee and a professor of nutrition at Pennsylvania State University, noted in a Tuesday press briefing that the two values are "like comparing apples to pears." (The previous adequate intake recommendations were 200 IU per day for infants through age 50, 400 IU/day for ages 51 to 70, and 600 IU/day for those 71 and older.) [Scientific American]

The new report states that 400 international units (IU) of vitamin D daily is sufficient for most people, but the recommended intake stands at 600 IU for people from ages 9 to 70 and 800 IU for people over 70. IOM itself admits that even the tests to determine your vitamin D levels can be misleading:

Confusion about the amount of vitamin D necessary to ward off deficiency has arisen in recent years as tests that measure levels in patients' blood have become widely used.The measurements of sufficiency and deficiency — the cutpoints — that clinical laboratories use to report test results have not been based on rigorous scientific studies and are not standardized.This lack of agreement means the same individual could be declared deficient or sufficient depending on which laboratory reads the test.There may be an overestimation of the number of people with vitamin D deficiency because many labs appear to be using cutpoints that are higher than the evidence indicates are appropriate. [press release]

Keep on dosing? If you, dear reader, don't agree with the IOM's conservative approach, there is good news for you: Though the new recommended intake stands at 600 IU for people from ages 9 to 70, the IOM standards also upped the maximum daily amount to 4,000 IU. Supplement trade groups and doctors doing the vitamin D research have proposed 2,000 IU as a daily standard—though it should be noted that the trade group has a vested interest in selling you more supplements, and the doctors a vested interest in being right. IOM warns that taking a huge excess of either calcium or vitamin D could result in kidney or heart damage, which is why the 4,000 IU figure is still a tad cautious. But this is far from the final word on how much is enough. Many doctors, like Boston University Medical Center's Michael Holick

, say the IOM is far too conservative on vitamin D.

Holick believes that most people should be taking vitamin D supplements. "I think there is no downside to people increasing their vitamin D intake," he said. "I personally get 3,000 IU of vitamin D a day. I have most of my patients on 3,000 IU a day and they are all in good shape." This level of vitamin D will maximize bone health and not be toxic in any way and "may have some additional benefits," Holick said. [HealthDay News]

Fourteen scientists sat on the IOM panel, which was sponsored by several agencies under the government of the U.S. and Canada. Related Content: 80beats: A Sunbath a Day Keeps the Grim Reaper Away

80beats: To Protect Against Colds and the Flu, Take Regular Doses of Sunshine

80beats: Sweet, Sweet Sunshine Helps Your Heart (and Practically Everything Else)