Most 3-year-olds are hyperactive sometimes. But some cases are a sign of something more serious going on. 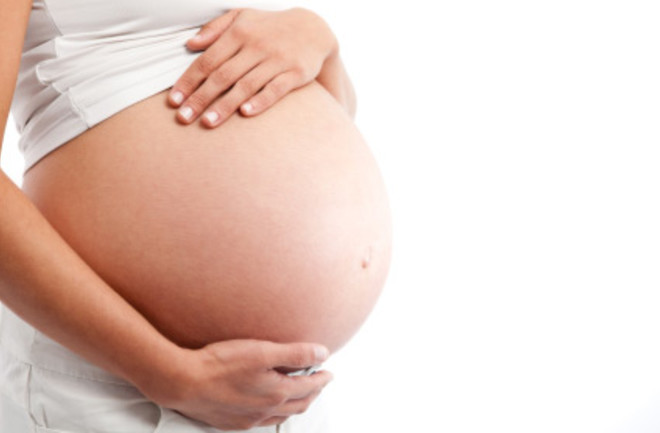 "Hey, Mom! Mom! Watch me! Look, Mom!” I could hear the excited cries through the closed door of the examining room, even though I was still 20 feet down the hall. The happy shouts were followed by a loud thump and then a cascade of muted crashes. As I headed toward the commotion, my medical assistant smiled and handed me the chart for this patient.

“You’d better get in to see this little guy quickly, Dr. Cohen, before he totally wrecks your room!”

The brief information on the consultation request said, “Tyler Winters, 3-year-old boy, hyperactive.” As I often tell medical students, nearly all 3-year-olds are hyperactive at least some of the time. Often the parents of a child whose development and behavior are perfectly normal insist on a referral to a developmental pediatrician like myself because they are sure there is something wrong—or someone has told them as much. I generally look forward to those consultations; it’s enjoyable to reassure an anxious parent that her child is developing normally.

Before leaving my office I had briefly looked through Tyler’s medical record on the computer. Other than his having been adopted at birth, there was nothing that stood out as unusual.

When I knocked and opened the door, Tyler was clambering onto the exam table while his mother, Sandi, was attempting to move a pile of books from the floor back onto the book rack. They had apparently been knocked off (the crashes) when he jumped from the table to the floor (the loud thump). Sandi glanced at me with a nervous smile, then quickly turned to scoop her child off the table.

Tyler immediately shouted, “Toys! Yeah! Toys!” and squirmed to get out of his mother’s grasp. She managed to hold onto him long enough for us to move across the hall into the other room, where he broke free and ran to the toy shelf with glee.

“Oh, that’s OK; I’m used to it,” I an­swered. I was about to reassure her by telling her that I’d seen some children who were so active that they took all the toys off the shelves and threw them on the floor, when I noticed that Tyler was starting to do just that.

“People tell me he has ADHD and that I should get him on medication.”

I was beginning to think the same thing, although it isn’t common for me to diagnose attention deficit/hyperactivity disorder in a 3-year-old. For that diagnosis, a child’s behavior must be significantly different from that of other children his age. But because most 3-year-olds are hyperactive, one with ADHD may not look very different from his friends. Then again, sometimes the ADHD symptoms are so severe that the child clearly stands out as having excessive impulsivity and hyperactivity. This might be one of those cases, I realized.

“Hey, look, Thomas train!” Tyler held the toy high above his head, then slammed it into the table. “Crash! Thomas crash!” he cried, laughing furiously.

This looked like a pretty clear case of ADHD. But then he stopped moving long enough for me to get a good look at his face, and his features told a different story. This wasn’t going to be so simple. It was time for me to get back to the basics of medicine: history and physical exam.

“What do you know about his birth mother?” I asked Sandi.

“Not much. We know that she was in her late teens and didn’t have much prenatal care.”

“Did she use any drugs or alcohol?”

“People said she did both drugs and alcohol, but the drug tests were negative on both her and the baby,” Sandi replied. “The doctors told us that he was born full term, but he weighed only about four pounds at birth. He went right from the hospital to foster care with us, and then we adopted him about a year later. He was always incredibly active. We kept hoping he’d grow out of it, but it hasn’t happened yet.”

What I had observed when I looked at Tyler’s face was that his eyes appeared small and his upper lip was quite thin. The distance from his nose to his upper lip was longer than average, and the philtrum (the vertical groove below the nose) was flattened, with a near-absence of the ridges that result from the fusion of embryonic elements of the face in this area. In addition, Tyler was quite short for his age, and his head seemed small relative to the rest of his body. His appearance triggered a tentative visual diagnosis. I had seen faces like this before, and the rest of the picture—hyperactivity, shortness, small head circumference, and a mother who may have abused alcohol—was consistent with my clinical impression. This boy might have fetal alcohol syndrome (FAS).

Some people trace the recognition of FAS all the way back to the Bible, when an angel tells Samson’s future mother, “Behold...thou shalt conceive, and bear a son” and instructs her to “drink no wine nor strong drink.” Other cultures have had similar proscriptions. But it wasn’t until 1973 that a professor of pediatrics named David Smith and a student of his, Kenneth Jones, at the University of Washington Medical School (UWMS) described a cluster of physical and cognitive problems in children whose mothers had abused alcohol during their pregnancy. Studies by another UWMS pediatrician, Sterling Clarren, more directly established that alcohol can cause damage to the developing brain.

Physicians and researchers now recognize a whole range of conditions, known as fetal alcohol spectrum disorders, that can occur in children who are exposed to alcohol in utero. The effects may include physical, mental, behavioral, and learning disabilities with possible lifelong implications. The most severe condition on this spectrum is FAS. Three criteria are necessary for the diagnosis of FAS: characteristic facial features, poor growth, and abnormalities of the central nervous system.

The brain problems associated with FAS are manifold. Like Tyler, a child with FAS may be hyperactive and impulsive and so would meet the diagnostic criteria for ADHD. But the damage that alcohol causes to the developing brain results in a constellation of mental and behavioral characteristics that go well beyond what is seen in ADHD. Some children have a generalized cognitive impairment, or mental retardation. Others are not mentally retarded but still have significant learning disorders and other developmental issues, including motor delays, problems with social skills, memory deficits, language problems, and difficulties with the complex set of mental skills—including planning, flexibility, and decision making—that are known as “executive functioning.”

If my diagnosis was found to be correct?, it was likely that Tyler would require a comprehensive intervention program, including medications to help decrease his impulsivity, anxiety, and disruptive behavior. In addition, he would need special educational services, beginning in preschool and continuing through his school years, and an intensive behavioral intervention program both in school and at home. Tyler’s concrete thinking, poor short-term memory, and limited tolerance for overstimulation would require plenty of patience from his teachers. Repetition, structure, and simplification are essential in teaching children with FAS.

When I told Sandi that I thought Tyler had fetal alcohol syndrome, she didn’t seem surprised. “We had heard about FAS and wondered if Tyler could have it,” she said. “But he didn’t seem that bad, and we kept hoping he would get better as he matured.

I told her how to contact the school district and ask for an evaluation so her son could start receiving special education services. I also told her about several parent support groups in the area.

Most important, I told Sandi, Tyler would need firm support, guidance, encouragement, and love from his parents. Although children with FAS can be very challenging to raise and to teach, they can be immensely rewarding as well. Each successful step, each time the child smiles and shouts, “Mom, I did it!” can be a moment to enjoy.

I referred Tyler to our genetics clinic, where a complete evaluation confirmed the diagnosis of FAS. Six months later I saw him and his mother again when they came back for a follow-up visit.

“He’s doing well,” Sandi told me. “He’s in a developmental preschool program with a one-on-one aide and a behavioral specialist, and he likes it a lot. He even has a friend now. I know it’s not going to be easy, but I think we’re on the right track.”

Tyler looked at the toy shelf and then at me. “Can I play with Thomas, please?” he said.

I smiled at him and at his mother. “You sure can,” I told him. “Thanks for asking!”

Mark Cohen is a developmental pediatrician with Kaiser Permanente in Santa Clara, California. The cases described in Vital Signs are real, but names and certain details have been changed.