Vital Signs: One Problem, Many Faces

A sharp abdominal pain indicates something far more dire than a routine stomachache. 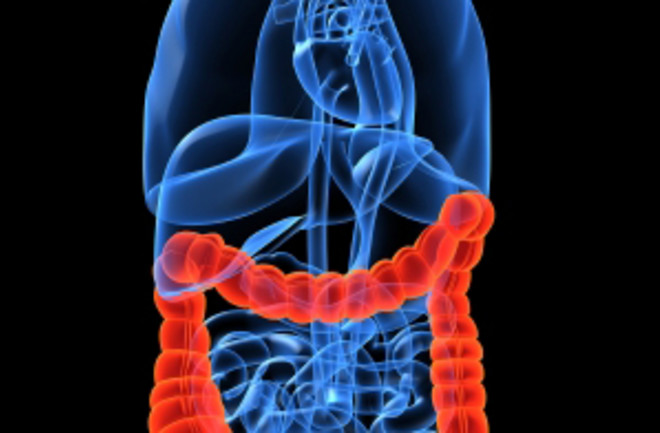 “Belly pain for … a year?” I sputtered. It was the end of his shift, and Vince, the attending physician, was signing out patients. He shrugged at me. “He’s been in jail for six months. Maybe they thought he was malingering. The odd thing is, I did feel a tender mass on the right.” I glanced at the young African American man on the stretcher. The handcuffs and two guards with him did, admittedly, lower the odds that he was experiencing a real disease. Prisoners are notorious for weaseling day passes to get out of lockup, but Vince looked concerned about this mass he had found.

“An abscess for a year?” I went on. “Not spreading or getting worse? No history of medical problems?”

“None,” Vince replied. “Except he had a perirectal abscess drained a few weeks ago at another hospital.”

“Almost,” Vince said. “He finished his antibiotics three days ago. It has nothing to do with this year-old pain, though. And the mass is higher up on the right than your typical appendicitis. The CAT scan I asked for is still pending.”

I turned to the prisoner. “Tell me about this pain,” I began. “Does it come every day?”

“It hits me more when I eat, doctor,” he replied.

“Yessir. Some nights I can’t sleep, it’s so bad. Diarrhea comes too. Then I’m so tired I can barely do my work.”

“Only when I drank that CAT scan stuff.” On exam, the right middle area of his abdomen did hurt when I pressed deeply; I sensed a fullness, but it wasn’t hard and cancerlike. Whatever it was, it didn’t seem to bother him too much. Plus, you can’t have appendicitis for a year.

“Thanks, doc,” he replied as the guards looked on with disinterest.

Only a few weeks earlier, I recalled, I had seen a 28-year-old Irish American woman who described four days of sharp abdominal pain. “I keep trying to go, but I can’t,” she groaned. “I’m so constipated.”

On exam, her right lower abdomen was mildly tender. Rare as it is for someone her age to have a stool impaction, I did a rectal exam just in case. Empty. “I don’t think it’s appendicitis or anything acute,” I told her. “A CAT scan would be a lot of radiation for nothing. Let’s give you a bowel cleanout, and I’ll recheck you tomorrow.”

The next day the woman’s misery continued. “I drank everything you prescribed. I’m empty. But I still have to go,” she told me. A plain X-ray showed a bowel empty of stool. This was not constipation. On exam she was still tender in the right lower quadrant. Had I missed a smoldering appendicitis? I bit the bullet and did the CAT scan, but it came out fine.

“There’s no appendicitis. Normal,” I said. Her shoulders sagged.

My favorite gastroenterologist happened by. “A 28-year-old,” I told him. “No medical history; persistent lower-right quadrant pain and negative CAT scan. Could you take a look?” A colonoscopy, which fiber-optically examines the lining of the intestine, could detect maladies—like cancer and inflammatory bowel disease—that a CAT scan can miss.

“Tomorrow,” he replied with a wave.

For both patients, if the problem wasn’t appendicitis, it still seemed that something must be wrong in the gastrointestinal tract, 25 feet of delicate absorptive tissue exposed to trillions of compounds and microorganisms each day. Its mission: absorb the nutritious and bar the noxious in the things we eat.

Assaulted by everything from hot coffee, alcohol, and cigarettes at the start; stomach acid, bile, and myriad planetary foodstuffs midway; and industrial quantities of anaerobic bacteria at the end, the GI tract comes with its own immune system. Bristling with antibodies and aggressive killer cells, it will clobber any parasite or pathogenic bacterium trying to burrow its way into the body.

Each part of the GI tract performs its own tasks. The stomach, liver, and pancreas launch a barrage of digestive juices, then the small intestine takes in nutrients and essential vitamins. The last segment of the small intestine, the terminal ileum, specifically absorbs vitamin B12 and bile. The colon mostly reclaims water. The stomach (with its ulcers) and the colon (with its tumors) are the best-known sources of medical troubles. The small intestine can make its own brand of mischief, however.

When the prisoner’s CAT scan finally appeared, I was floored. “Holy cow,” I muttered at the screen. The radiologist’s read was definitive: “Small bowel obstruction originating from thickened and enhancing terminal ileum. Associated with left gluteal abscess and perianal fistula tract.” (A fistula is an abnormal connection between one organ, vessel, or intestine and another.)

It looked like a year’s worth of abdominal pain. I thought of the young Irish American woman. Her colonoscopy had confirmed the same diagnosis: Crohn’s disease. But each patient had exhibited an unusual and misleading trait. For the prisoner, it was the duration of his pain­—nothing goes a whole year without declaring itself. For the young woman, it was how localized and specific her discomfort was: a feeling of constipation rather than the signature Crohn’s symptom, diarrhea.

in 1932, doctor Burrill Crohn and two colleagues at Mount Sinai Hospital in New York City described an intestinal condition unlike the widespread intestinal tuberculosis of the day. “Terminal ileitis,” they named it, because it often targeted the ileum as it opens into the large intestine. But “Crohn’s disease” is the moniker that stuck.

Crohn’s exacts a huge toll; some half-million North Americans are afflicted. Its cause remains maddeningly elusive. Officially it is an inflammatory bowel disease, but it is neither wholly infectious nor exclusively autoimmune. Current consensus pins the blame on an immune overreaction to normal gut flora. Bacteria-free mice, for instance, don’t get Crohn’s, and the stools of Crohn’s patients are loaded with the body’s own inflammatory proteins.

Why some people’s immune systems blast away at benign gut flora we all share (and need), no one knows. There is clearly a genetic component: A number of gene markers for Crohn’s have been found, and it definitely runs in families and some ethnic groups, striking Jews more often than African Americans, for example. But four-fifths of all Crohn’s patients lack affected relatives.

At its worst, the inflammatory process of Crohn’s can burn through intestinal walls to tunnel fistulas into the bladder, into other loops of the intestine, indirectly to the vagina, or, as in the case of my patients, out to the skin. Fistulas lead to abscesses, which can require surgery.

Wielding its branding iron anywhere along the gastrointestinal tract, Crohn’s can cause everything from aphthous ulcers (canker sores) in the mouth to abscesses around the anus. More eccentrically, it can spark iritis, a painful eye inflammation, skin ulcers, and full-blown arthritis. Peak onset is between the ages of 15 and 35, but septuagenarians can be stricken too. It can lurk for years as nonspecific fatigue, diarrhea, abdominal cramps, and fever. One study found an average delay of seven years from onset of symptoms to diagnosis. A child or teenager with diarrhea and weight loss should be investigated for Crohn’s.

Problem is, a complete diagnosis usually requires a full colonoscopy with a push into the ileum. Even that can be imprecise: Some lesions that look like Crohn’s (or ulcerative colitis, the other major inflammatory bowel disease) on colonoscopy are caused by infections like salmonella and campylobacter, or by medication. The diagnosis is ultimately clinical—a synthesis of symptoms, ileo-colonoscopy findings, stool cultures, and response to treatment.

Standard treatment for Crohn’s is three parts anti-inflammatories and one part antibiotics. The workhorse anti-inflammatory drugs are aminosalicylates, chemical cousins of aspirin, backed by potent steroids in serious cases. Steroid use is fraught with side effects, however, so the hunt for alternatives has been relentless.

The most promising new agents are synthetic antibodies that incapacitate a major inflammatory protein. Alone or combined with older chemotherapy treatments, these antibodies can seal up fistulas and achieve impressive remissions. Alas, these potent immune modulators can also unleash life-threatening infections. As a last treatment option, portions of diseased intestine can be surgically removed, but that creates the risk of malabsorption, future obstructions from scarring and adhesions, and recurrences elsewhere.

With so many risks in play, doc tors tend to stick with the tried-and-true aminosalicylates for non-dire cases of Crohn’s. I was sure my prisoner, given his horrendous CAT scan findings, was headed for an extensive intestinal resection. Nevertheless, the surgeons and gastroenterologist decided first to try antibiotics and an aminosalicylate called Pentasa. To everyone’s happy surprise, the old standbys worked wonders, maybe because the patient had smoldered unaided for so long. Within 48 hours he was eating and walking. In six days a repeat study of his small bowel appeared near-normal.

We were on a lucky streak: The Irish American woman, whose Crohn’s had presented with terrible urgency, also cooled off rapidly on aminosalicylates. She was sent home in less than a week. Neither one required the surgery that I had feared.

For my young man, though, the miracle went only so far. On the seventh day he rested—back in prison.