Vital Signs: Adding It Up

The young doctor’s complaint—chronic fatigue—was simple. Finding its cause was anything but. 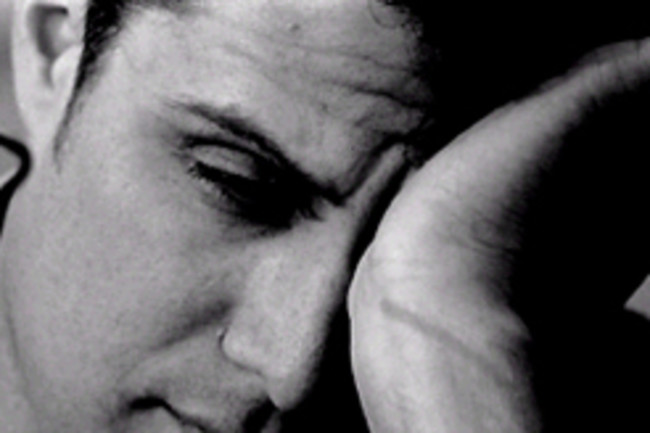 It was the end of August when Thad returned from his Caribbean honeymoon, sporting a rich tan and a look of contentment. But as he sat in my exam room he complained to me that he felt tired. “Tired after a honeymoon?” I said. “Sounds about right.”

“No, it’s not that,” he said with a smile. “This is not like any kind of tired I’ve felt before.” Healthy and fit his entire life, Thad was a young physician about to begin his orthopedic specialty training. I trusted him to be an accurate observer, and so I inquired about other possible symptoms he might have had. Then I examined him for evidence of conditions that can cause fatigue, like anemia. All was in order, I reassured him, but just to be certain, I drew some blood for screening tests.

Two days later the lab reported that all the results were normal save one: Thad’s level of thyroid hormone was low. Now his symptoms made sense. The thyroid gland, sitting low along the front of the throat, manufactures the hormone and releases it into the bloodstream, which carries it throughout the body to play a critical regulatory—mostly stimulatory—role in almost all body functions. When there isn’t enough of the hormone, things generally slow down, including the metabolism. Weight may go up, mental activity may get sluggish, and fatigue may develop. Though not common in twentysomethings, hypothyroidism can occur at almost any age.

In the United States the most common reason for a drop in thyroid hormone production is autoimmune thyroiditis, an attack on the thyroid gland by the body’s own defense mechanisms. Normally our finely tuned immune system fends off only foreign material, like microbes, and leaves the body’s own tissues alone. But for reasons that are not well understood, the immune cells will sometimes attack a normal organ, gradually destroying it and turning it into useless scar tissue. The treatment for chronic thyroiditis is to replace the missing hormone with pills taken daily.

Thad was relieved that we had found an explanation for his persistent fatigue. He began taking the replacement thyroid hormone, confident that he would soon see his energy restored. He knew that thousands of people take thyroid hormone every day and live perfectly normal lives. But when I next heard from Thad he told me that he was still tired. It had been four months since we last spoke.

He said he had been too busy since then to return for a check of his hormone levels. Could it be that the dose I had prescribed for him was too low? I arranged for Thad to have a repeat blood test, which soon confirmed that his thyroid hormone blood levels were perfectly normal. The replacement dose was just right—but Thad wasn’t. Something other than hypothyroidism was causing him to feel unwell.

Fatigue is a singularly nonspecific symptom; the list of possible causes is one of the longest in all of medicine, ranging from malignancies, infected heart valves, and anemia to just plain lack of sleep. Consequently, when a patient’s sole complaint is tiredness, the underlying cause can be elusive. In dealing with such a case I often repeat to myself what I have told my medical students countless times: When the history points nowhere, you have to look everywhere. Thad’s history and physical exam would need to be revisited with a fresh eye. I called and asked him to return to the office for another evaluation.

At the follow-up visit it was immediately apparent that Thad had lost weight. Not even his tan could hide the fact that something was amiss. A glance at the vital signs in the chart confirmed that this previously healthy young man had dropped nearly 10 pounds in four months. My level of concern rose. I began working my way through a long list of questions. Though it is tedious and time-consuming, the systematic review of symptoms is a staple of the diagnostician’s armamentarium that more often than not yields important clues. Yet this time nothing new emerged, apart from the fact that Thad had lost not only his energy and some weight but also his appetite. I sat back and looked at my patient, mentally searching myriad diagnoses for ones that fit this clinical picture. It was then that I finally saw it—saw what I had been staring at all along. Sitting across from me was a man who, four months after returning from the Caribbean, was as bronzed as the day he’d come home. And no, I quickly ascertained, he had not been visiting a tanning salon. Appetite, weight, energy—all were diminished. The one thing my patient had not lost was his tan. Why?

Apart from his pigmentation, Thad’s only other noteworthy physical finding was a low-normal blood pressure. When I asked him to rise from a lying to a standing position, his blood pressure fell to a seriously low level, low enough to cause light-headedness and even fainting in most people. But Thad said he felt none of this. “He’s young and fit,” I told myself, “and the problem has come on gradually. His system’s been able to adapt.” But what was the problem?

By now I was reasonably sure that I had enough pieces to put the puzzle together. Fatigue, hypotension (low blood pressure) with postural changes, loss of appetite with accompanying weight loss, and hyperpigmentation all fit with a diagnosis of Addison’s disease, a disorder of the adrenal glands that results in lack of cortisol, a vital hormone produced by the gland’s outer layer. It is one of the body’s steroid hormones, essential to mounting the fight-or-flight response to serious stress or trauma as well as the day-to-day regulation of numerous physiological functions.

When the body senses that the paired adrenal glands—one lying atop each kidney—are failing to produce sufficient cortisol, the brain sends a chemical signal to prompt the glands to make more. Oddly enough, that same signal also triggers special cells in the skin to generate more melanin, or skin pigment, causing hyperpigmentation. The coloration can look just like a tan—albeit one that darkens the skin bodywide, even the palms and armpits. My patient’s honeymoon tan had transformed into the classic pigmentation of Addison’s disease.

New blood tests confirmed that Thad’s cortisol levels were quite low. They also revealed disturbances of his body’s electrolyte (mineral) concentrations and water regulation. These, too, are part of the Addisonian picture, a result of low levels of another adrenal hormone called aldosterone. I immediately prescribed replacement steroids for Thad to take. Confirmatory tests would have to be done, but it was imperative that replacement steroids be started right away. Left untreated, adrenal insufficiency can lead to an “Addisonian crisis,” a serious and sometimes fatal condition brought on by emotional or physical stress. It is not for nothing that cortisol is often called the stress hormone.

In the developing world, infections like tuberculosis are the leading cause of adrenal insufficiency. But in the United States, Addison’s most commonly results from an autoimmune disorder.

Autoimmunity: There it was again. Looking at the bigger picture I saw that Thad had now sustained two separate glandular failures due to immune malfunction, his thyroid and his adrenals. In fact, he was manifesting the features of a rare disorder known as Schmidt’s syndrome, a type of malfunction of the immune system called autoimmune polyglandular syndrome, or APS. It is not only the thyroid and adrenal glands that are at risk in APS; the syndrome can affect the pancreas, which produces insulin (lack of which is found in diabetes), and the testes and ovaries, which produce the hormones necessary for normal sexual development and function. No one knows the underlying cause of this disorder or why it has a predilection for endocrine tissue. And no one knows how to shut off the process.

Like John F. Kennedy, that most famous of people with Addison’s, Thad would need to be on replacement hormones for the rest of his life. He would also have to remain vigilant for additional glandular insufficiency. But I was happy to be able to remind my young colleague that so long as he remained on the hormone substitutes I had prescribed, there was no reason why he should not be able to live a full, essentially normal life. Though he would regain his energy, his appetite, and his weight, there was one thing he would lose. His tan, I assured him, would fade once his adrenal stimulatory signal was properly regulated. It was a small price to pay.

H. Lee Kagan is an internist in Los Angeles. The cases described in Vital Signs are real, but patients' names and other details have been changed.