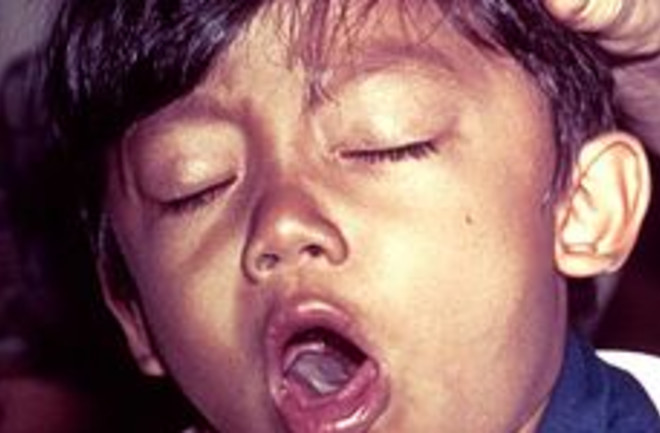 PreventableIf you have not read Julia Ioffe's story about getting whooping cough at the age of 31 (also see follow up), you might want to. Here's some further context, Vaccine Refusals Fueled California's Whooping Cough Epidemic. This topic has been covered and dissected in great detail by many writers and scientists, so I won't repeat what you already know in regards to herd immunity. There's no point in preaching to the choir. Rather, I want to offer a personal perspective. Over the past few years I've become much more aware of cultural streams in public health, and the public's reaction to that health advice, because I have become a father. More specifically, when my wife was pregnant with my daughter, and after she was born,

we encountered major pressure from peer networks to not vaccinate.

In the social circles in which we were embedded, "progressive," "crunchy," and "alternative," vaccinating one's child was the heterodox decision. It was rather obvious to us that one of the major reasons that many people do not vaccinate their children is that many of their friends, and vocal people whom they trust, do not vaccinate their children. We were able to resist and rebuff any peer pressure rather easily because we have a much stronger scientific background than most Americans, but it isn't hard to imagine being ignorant and trusting those in whom you normally put your trust. In some ways I am not totally unsympathetic to the skepticism that some in the public have toward the medical establishment. Modern scientific medicine is a genuine miracle, but most of its gains arguably occurred in the first half of the 20th century through public health campaigns, vaccination and antiobiotics. Though the decline in heart disease is a major result which we should celebrate, it is arguably less significant than the sharp reduction in deaths of the young due to numerous infections (heart disease tends to effect the old). Additionally, diseases such as cancer are subject to the problem of what Jim Manzi terms "high causal density". Cancers, like many diseases of late life, can have many triggers and factors impacting their likelihood, so solving the problem at the root may not be so simple. In reaction to this complexity and uncertainty I do believe that on occasion the medical profession and the public health establishment have unduly emphasized their certainty. Like the reality that the variegated public health concerns we have today, such as type 2 diabetes and cancer, are probably better problems than endemic smallpox, tuberculosis, or scarlet fever, the downsides of having a medical establishment which on occasion oversteps the bounds of its reasonable confidence are overridden by the upsides. We have empirical evidence of this, because there are nations without medical establishments, and they are not flourishing. But that does not change the reality that a population shielded from the brutal knife of infectious disease and plague is somewhat befuddled by the mysteries of the slow and subtle ailments which are the afflictions of modernity. One response is the liberal individualist one. Though we may bemoan Steve Jobs' experimentation with alternative therapies for his cancer, it was his individual choice. It gets more complicated what you have children, who are under the control of their parents. Again, I'm not going to go over the controversies over groups like Christian Scientists, whose children have died due to withholding medical treatment. The cultural consensus seems to be that parents have a right to impose all sorts of crazy beliefs and practices upon their children, but not those which may result in death. Then you move to the issue that when it comes to vaccination one can't seal off individual choice from consequences to the public. It seems entirely likely that for the next decade we may be seeing a conflagration of preventable diseases among certain segments of the American demographic, and those who they live among, because of cultural fashion. The collective choices of parents opting out from vaccination is subject to negative feedback dynamics. Early dissenters can "free-ride" on herd immunity, and indulge their quackery, but beyond a particular threshold disease and death will come back to the fore. But human beliefs are often rather well insulated against falsification for a great deal of time. The AIDS denialst community is a testament to this phenomenon; it persists despite mysteriously (to them) high mortality rates among its most vocal proponents. So is there a solution? Conscience is a value which Americans pride, even unto death. I do not see the powers that be intervening in these cases. Rather, this groundswell of denialism must be countered by public opprobrium, and yes, shaming. Peer pressure kills, but it can also save lives. As a matter of safety people with small children should investigate rates of vaccination in their community (young infants are not vaccinated, and so are particularly vulnerable to infections which are dampened by herd immunity). They should move when a dangerous critical mass is present. If people ask, those who leave should explain their rationale. Actions can speak louder than words. Where Authorité falls on deaf ears, the judgment of the populace might be heeded.