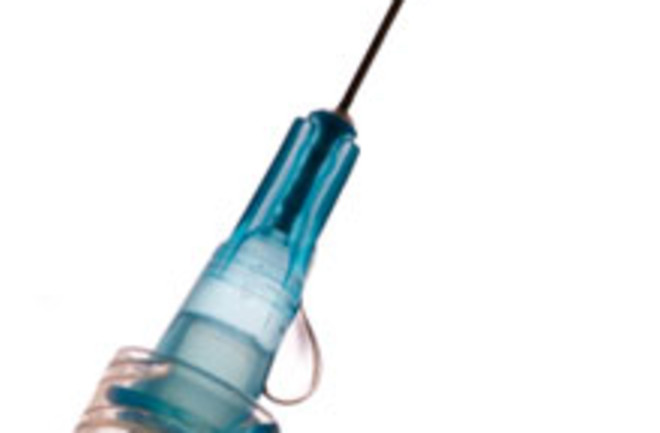 An extensive study conducted on school children in Western Canada has proved that immunizing kids and adolescents goes a long way towards protecting the entire community from communicable diseases like the flu, thanks to a phenomenon known as "herd immunity." The findings come at a time when vaccine phobia is one of our largest public health concerns, with many parents worrying that immunizing kids can lead to adverse side affects. A recent survey revealed that one in four U.S. parents think that vaccines might cause autism, probably due in part to a 1998 paper published in the journal The Lancet that wrongly linked autism to vaccines--that paper has since been refuted, and fully retracted by the journal. Now, scientists have more evidence that vaccines provide a public health benefit. Researchers studying youngsters in 49 remote Hutterite farming colonies in Canada found that giving flu shots to almost 80 percent of a community's children created a herd immunity that helped protect unvaccinated older people from illness. As children often transfer viruses to each other first and then pass them along to grown-ups, the study provided solid proof that the best way to contain epidemics like the recent H1N1 outbreak is to first vaccinate all the kids. By immunizing the most germ-friendly part of the herd first, you indirectly protect the rest of the community, scientists say. This is not the first time that scientists have found evidence that herd immunity can help protect the unvaccinated, but it's the most definitive study on the subject yet. Researchers say this is the first such study to be conducted in such remote and isolated communities (the Hutterites' religious beliefs keep them separate from mainstream society), which reduced the chance that subjects could contract flu from other passing sources. Scientists say the new study provides "incontrovertible proof" that

the shots themselves — rather than luck, viral mutations, hand-washing or any other factor — were the crucial protective element [The New York Times].

The study, published in The Journal of American Medical Association, focused on Hutterite farming colonies in Western Canada, where the people live in rural isolation in clusters of about 160 people. Though Hutterites drive cars and tractors, they shun radio and TV and each colony lives like a large joint family--eating together, going to a Hutterite school, and owning everything jointly. In 25 of the colonies that joined the study, the scientists took school kids aged 3 to 15 years old and gave them flu shots in 2008. In 24 other colonies, the kids got placebo shots. In 2009, the researchers found that

The study found that by vaccinating the kids against influenza, almost 60 percent of the larger community was granted "herd immunity" and protected against the illness. Carolyn Bridges, an expert in influenza epidemiology at the Centers for Disease Control and Prevention, says the study implies

The Hutterite study's findings are in line with a previous study conducted in 1968, in Tecumseh, Michigan. In that study, flu expert Arnold Monto vaccinated almost 85 percent of the town's schoolchildren during flu season.

At the end of season, the town had only a third as many flu cases as nearby Adrian, Mich., which received no shots. There were far fewer cases of flu in all age groups [New York Times].