VA Tested Drugs That Could Produce Psychosis on War Veterans 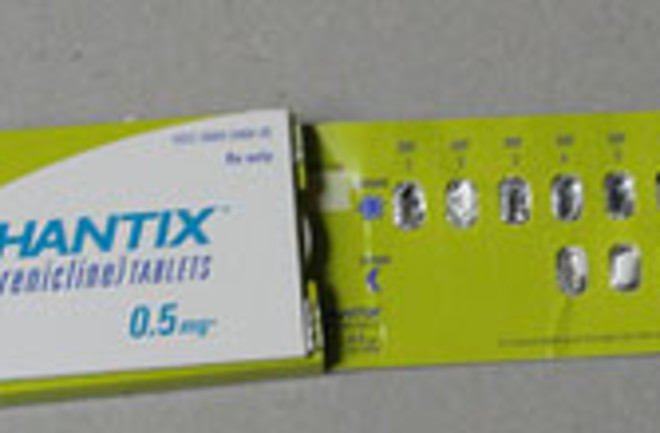 The antismoking drug Chantix was considered a wonder drug for about 18 months; the drug helps people quit smoking by both reducing nicotine cravings and decreasing the pleasure derived from tobacco. Then the reports of scary side effects started leaking out. In November 2007 the Food and Drug Administration announced that the drug had caused suicides, psychosis, paranoia, and hallucinations. A wonder drug no longer, Chantix began to be perceived as a crazy pill. Yet despite the growing concerns over the drug, a recent investigation has shown that the Veterans Affairs (VA) department continued to test Chantix on veterans who fought in Iraq or Afghanistan and who suffered from post-traumatic stress disorder (PTSD). In the aftermath of the revelations, Congress has called on the VA to immediately suspend the studies, and the agency is now

sending letters to about 33,000 veterans who are taking the anti-smoking drug Chantix, warning them about possible side effects, including thoughts of suicide [AP].

The investigation looked into a clinical trial at the VA that probed whether smoking cessation therapy and PTSD therapy work better in conjunction or separately; unfortunately, the veterans who participated were never warned of Chantix's possible side effects. Former U.S. Army sniper James Elliott was one of those veterans. Months after he began taking the drug, Elliott suffered a mental breakdown, experiencing a relapse of Iraq combat nightmares he blames on Chantix. "They never told me that I was going to be suicidal, that I would cease sleeping. They never told me anything except this will help me quit smoking,"

The VA has responded to the swell of outrage generated by the investigation by pledging to send a letter to all veterans with a Chantix prescription, not just those who participated in the clinical trial. But VA Secretary James Peake denies that the clinical study put veterans in harm's way. Overall, Peake said, agency doctors are not seeing serious problems or trends and will continue to prescribe the Pfizer drug.... “This is a very important drug for our clinicians to be able to use when appropriate for patients,” he said [The Wall Street Journal, subscription required].

The brouhaha within the VA follows just a month after the Federal Aviation Administration banned pilots and air traffic controllers from using Chantix. Pfizer maintains that the side effects that affect mental health are fairly rare, and has said that the drug's benefits outweigh its risks. For a deeper look at what can go wrong in the FDA's approval process for new drugs, check out DISCOVER's new article, "Wonder Drugs That Can Kill."

More From Discover
Health
Walking vs. Running Benefits: Should You Walk or Run for Exercise?
Technology
What Is a Social Media Cleanse?
Health
What is the Purpose of Hiccuping?
Mind
Gut Bacteria's Role in Anxiety and Depression: It’s Not Just In Your Head
Mind
What Psilocybin Psychedelic Mushrooms Are Teaching Us About Human Consciousness
Health
Why Walking Might Be One of the Best Exercises For Health
Recommendations From Our Store
My Science ShopDiscover STEM Kits
My Science ShopDiscover 2022 Calendar
My Science ShopStrange Science
My Science ShopElements Flashcards
Shop Now
Stay Curious
Join
Our List