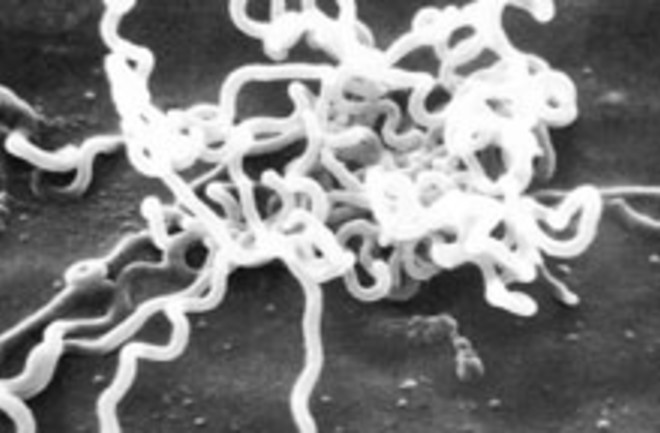 The United States government officially apologized to Guatemala today for unethical medical experiments conducted by American researchers in the country over 60 years ago, in which unwitting subjects were deliberately infected with syphilis.

Secretary of State Hillary Rodham Clinton and Health and Human Services Secretary Kathleen Sebelius said they were, in their words, "outraged that such reprehensible research could could have occurred under the guise of public health." [AP]

The study's 696 participants were drawn from local prisons, army bases, and mental health facilities; many were paired with infected prostitutes from whom they unknowingly contracted the disease, while others had syphilis bacteria poured on to their penises, forearms, or faces. While the subjects were subsequently treated with penicillin, it's not clear if the treatment was always adequate. The study was conducted by John Cutler, who was also involved in the Tuskegee Syphilis experiments

and has since passed away

"We deeply regret that it happened and we apologize to all the individuals who were affected by such abhorrent research practices," they said, announcing the launch of a thorough investigation into the specifics of the study. "The sexually transmitted disease inoculation study conducted from 1946-1948 in Guatemala was clearly unethical." [AFP]

The aim of the study was to find new ways to prevent STDs; specifically, researchers wondered if penicillin could be used to prevent an infection with syphilis. The study was funded by the NIH and the Pan American Health Organization. Researchers gained permission from the prison, army, and hospital authorities to conduct the work, but the participants weren't informed of what the study would entail and weren't asked for consent. The information about the experiments was uncovered by gender studies researcher Susan Reverby, who gathered the information from unpublished experimental notes she found. She published the findings on her website

(pdf) of her findings is also available. While ethical guidelines were much more lax in the 1940s, Reverby discovered that even then, the U.S. government knew these experiments were unethical.

Yet the PHS [public health service] was aware then that this was a study that would raise ethical questions. For as Surgeon General Thomas Parran made clear “’You know, we couldn’t do such an experiment in this country.” Deception was the key here as it had been in Tuskegee. Much of this was kept hushed even from some of the Guatemalan officials and information about the project only circulated in selected syphilology circles. [Reverby's Research summary (pdf)]

While the government kept the experiment hush-hush back then, officials are speaking out now. Current NIH director Francis Collins has said that he's appalled by the experiments, and Secretary Clinton is reaching out to Guatemala with an official apology from the United States.

Clinton called President Alvaro Colom of Guatemala on Thursday night "to express her personal outrage, deep regret," Arturo Valenzuela, the assistant secretary of state for Western hemisphere affairs, said in a Twitter message. Valenzuela said in another posting that he'd spoken with Guatemala's ambassador to Washington to express a U.S. "commitment to human dignity and respect for the people. [Miami Herald]

Discoblog: First Rule of Being a Successful STD: Make Sure the Host Still Has Sex

The Loom: Fish, syphilis, and love

DISCOVER: How Often Do Animals Get STDs?